Menu
Honourable Justice Muhammad Liman, has reacted to reports that his house was raided by officers of the Department of State Services (DSS) over alleged corruption. 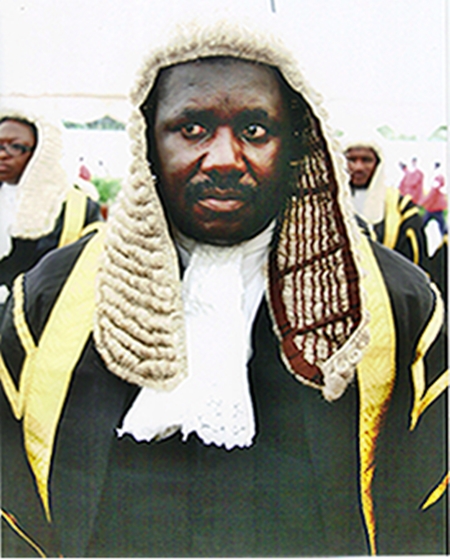 Following the massive clampdown on judges suspected to be involved in corrupt practices, the DSS disclosed that about $2 million was stashed in the house of a judge but a governor prevented them from gaining entrance into the house.

In an official statement published on The Nigerian Lawyer, Honourable Justice Muhammad Liman, has reacted to reports that his house was raided by officers of the Department of State Services (DSS) over alleged corruption.

Read it full below;

“I believe most of the members heard or read about the reported raid in PortHarcourt and my name has been mentioned as the judge in whose house $2m dollars was stashed.Since yesterday this story has been on the headlines and captions on most social media platforms. The truth is that all that you’ve read is more of misinformation and disinformation;substantially untrue account.

“The truth is that we live as neighbors to the DSS,their address is 35 and mine is 33.That night the DSS came to house 34 where they wanted to search but they were refused entry and later Gov. Wike was said to have come and engaged the security outfit in a near physical struggle,as the report suggested.

“I wouldn’t have known of the incidence if my neighbor in house 34 had not called me to inform me of the presence of strange people at her gate .All this while the melee lasted to around 4:00a.m.,I was in my house monitoring the events, and remained indoors until later in the day when I felt it was no longer safe for me to continue to remain.

“However I feel distressed that the DSS indirectly claimed they have evidence I stashed $2m, and when contacted I employed thugs and with Governor Wike to obstruct them from carrying out the search and that I later transferred the money to an unknown place.I do not think I need to refute this allegation because it would only make sense if they had actually targeted my house for the search.The truth is that due to their incompetence they bungled the operation and are desperately searching for alibi to save their heads.Unfortunately I have found myself in the middle of a dirty politics between Wike and the Federal Government and perhaps my notoriety for delivering controversial judgements; because the cases are also controversial and the stakes probably very high.

“I’m not asking anybody to believe or disbelieve whether I stashed $2m, an amount that is equivalent to about N1b. Perhaps you might think the DSS probably exaggerated the amount, but all these would have been relevant considerations if they had actually searched my house.If I had $2m or even a quarter of it I would have abandoned this horrible profession that has lost its dignity.In fact I have already lost interest in it and have made up my mind to say bye bye to it.I believe there is a life beyond every other thing.” 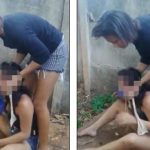 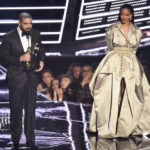