Connect with us
This is the moment ISIS brutes forced two child executioners to shoot prisoners in the head after accusing the men of being ‘crusader spies’. 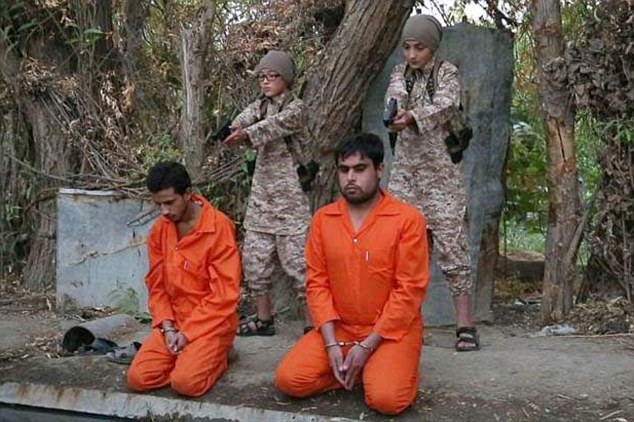 The men were forced to kneel on the ground close to a wooded area in northern Iraq as two boys, who appear to be aged about 12, aim handguns at their heads.
The children were dressed in military outfits and had been given gun holsters and green hats for the execution. They stand behind their prisoners, who were accused of spying for coalition forces, before preparing to fire. 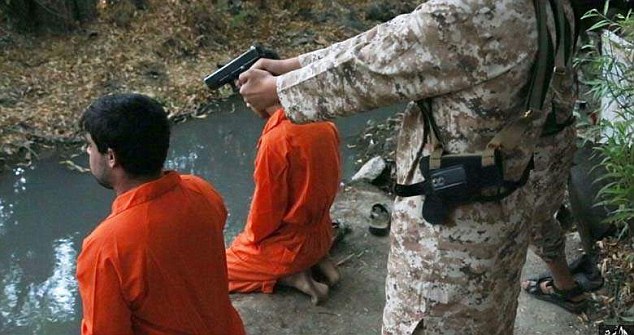 Shocking pictures then show the two prisoners, dressed in orange jumpsuits, lying dead on the ground. 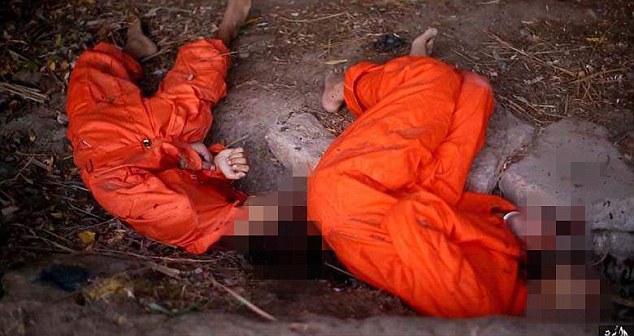 The pictures were released along with the words: ‘Capturing and eliminating a number of spies who worked for the Crusader coalition and their proxy #Rafidi.’
It is not the time, the terror group has ordered children to carry out acts of barbarism.
In August, ISIS footage emerged showing a British boy and four other children executing men in cold blood in Raqqa, Syria.
The video showed five boys – so-called Cubs of the Caliphate – believed to be from Britain, Egypt, Turkey, Tunisia and Uzbekistan, wielding handguns and wearing desert camouflage.
One of the youngsters makes a blood-curdling shriek in Arabic and slaps one of the terrified captives on his shaved head before they raise their guns and kill the five men, ‘atheist’ Kurdish fighters who were captured during a battle.