Menu
Funke Gold
Funke Gold, a Nigerian female music artiste has cried out for help after a Dangote Truck nearly killed her and her crew members. The ghastly accident left her with serious injuries and put a dent on her music career. 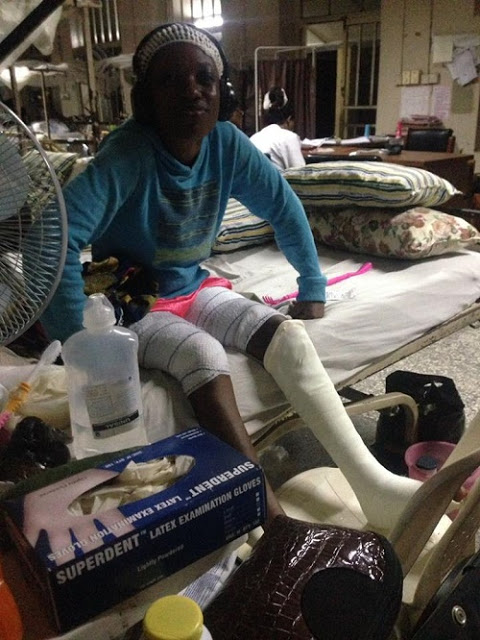 Despite the fact that Funke was promised by the popular company that all their N5million hospital bill will be paid for, they have all been abandoned to their fate. Now, the poor girl is demanding for justice as she has been confined to a wheelchair.

Her family shared the photos below:

“This is Funke Gold, an artiste. She and her crew were on their way to an event at Sango Ifo on the 31st of July when a Dangote truck ran into them from behind and hit them twice. It took over 2 hours before they could get them all out of the vehicles. Long story short, they were abandoned and left alone in the hospital. They only got a visit and were promised that their bills were going to be paid for but that didn’t happen. 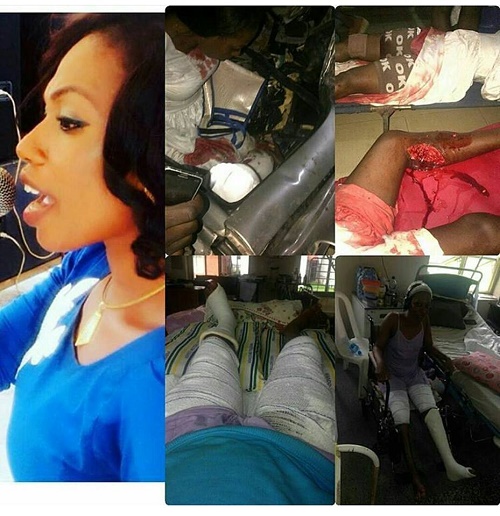 “So far, Funke Gold and her crew have spent over 5 million naira on surgeries and up till now, she’s still confined to a wheel chair. Funke’s only source of income is her musical career. She can’t perform while in a wheel chair. Funke needs justice. Let’s help her get justice by reposting till it gets to the right authority. God bless you.#JusticeForFunke .” 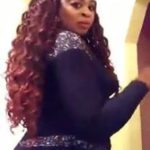 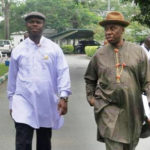