Four policemen has been sentenced to death by hanging for killing a commercial motorcycle operator in 2016 on Goodluck Jonathan Boulevard, Akwa Ibom State.

They had since been dismissed from the force as they last served at the ‘C’ Division of the Akwa Ibom Police Command.

After two years of legal battle, the trial judge, Justice Ifiok Ukana, found the officers guilty of conspiracy in the murder of one Felix Akpan of Ibiakpan in Ibiono Ibom Local Government Area of the state.

It was learned that the officers, while on patrol, shot at the late motorcyclist for allegedly refusing to stop for “settlement.” The motorcyclist was accused of operating along areas marked “prohibited” in Uyo. The killing of the motorcyclist had sparked off protest, forcing Police authorities to arrest and prosecute the killer-policemen over wrongful use of firearm against unarmed civilian.

The convicts, who admitted to the crime, said one of them fired the shots that killed Akpan, claiming the shots were fired in self-defense when youths attacked them while trying to arrest the late motorcyclist. The judge said the convicts deserved the verdicts “because there was no evidence that the officers acted in self-defense as they were being attacked by the mob.” He noted that “the decision of the officers to flee the scene after the incident meant they conspired to commit the crime.

“The law is very clear on the penalty which awaits any person who commits or conspires to commit such heinous crime, whether as principal or accessory after the crime.” 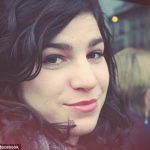 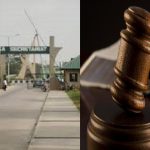