A mild drama erupted in an Akwa Ibom state court on Monday, when kidnappers from Rivers State created a scene after they were sentenced to death.

As soon as the presiding judge pronounced the death sentence on the kidnappers, the convicts immediately became furious and charged towards the presiding judge, Justice Okon Okon and started to abuse him and went on to attack him within the court premises.

The kidnappers also went on to threaten to kill the Akwa Ibom State Government’s prosecution team.

The criminals later went berserk, destroying the window of the courtroom and causing pandemonium along Ikot Ekpene Road, where the court is located.

“The situation became messy, as litigants and lawyers in other courts ran helter-skelter for dear lives.

“For about an hour, the kidnappers refused to leave the courtroom. It took the intervention of a combined team of soldiers and policemen to take the convicts to a waiting prison vehicle.”

The names of the convicts were given as Bernard Ajomaya, Christian Naya, Daniel West and Shedrach Dala.

They were accused of kidnapping a medical expert in Uyo, Dr Usen Bassey, on May 19, 2015, and demanding N10m ransom.

They were later arrested with part of their loot, the passport and financial documents belonging to the doctor. 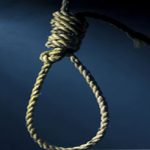 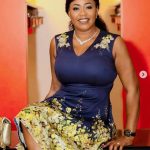