Three people among them an 80-year-old woman and two middle-aged men have been killed by police after abducting a woman in Murang’a County Kenya.

According to Murang’a County Commander Mohammed Farah, the gang had held the victim for six days and were holding her at the granny’s home in Gathuku village of Kiharu Constituency.

The abductors had allegedly demanded a ransom of Ksh.5 million from the victim’s family, threatening to kill her should the family fail to raise the amount within ten days.

Police said they tracked the victim’s phone which led them to the abductors and were able to rescue her.

Farah said once the police stormed the home, the abductors failed to surrender forcing the police to open fire killing the three and recovered an AK-47 riffle and a toy pistol.

“On realising they had been cornered, the armed abductors opened fire leading to shoot out but the police overpowered them,” said the police boss adding that they are pursing others connected with the crime.

The victim, Margret Waitherero, said she met the abductors July 13 at Kiria village while she was heading home after dropping her brother after a function in Nyeri Town.

“After coming out of my vehicle they roughed me up and slapped me asking whether I had some money but when I told them I had some money in the bank they ordered me to drink water from a bottle which made me fain,” she said.

“The next day, one of the gang members threatened to sexually assault me with a knife but he received a call and abandoned his mission,” she added.

The bodies were moved to Murang’a mortuary. 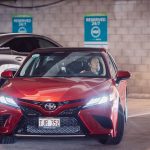 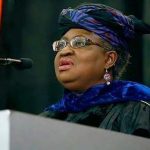