Chioma Nwadike-Stanley, the 13th new wife of the Alaafin of Oyo, Oba Lamidi Adeyemi III, has been allegedly married to an Igbo man, JC. 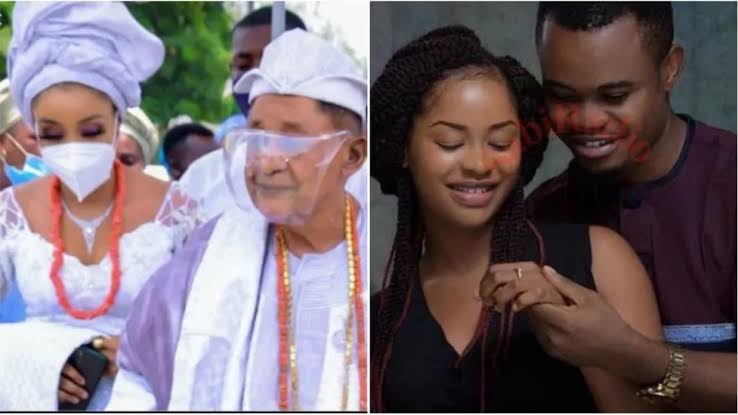 KanyiDaily recalls that the 82-year-old monarch recently made his first public appearance in company of his newest wife, Chioma.

During the public appearance, Chioma’s identity was unknown by the guests, until when popular fuji musician, King Wasiu Ayinde, started eulogizing the king in his musical performance, he mentioned “Olori Chioma Adeyemi”.

This raised eyebrows and guests started questioning when the King married Chioma, who is now the first Eastern girl that would join the train of Queens in Alaafin’s Palace.

READ:  Lady Laments After Boyfriend Of 5 Years Dumped Her To Marry Someone He Met 6 Months Ago

However, a new report has now emerged the social media alleging that Chioma Nwadike-Stanley has been married to an Igbo man named JC.

Some photos shared online show when Chioma is engaged by the alleged previous husband and another where they were seen all loved up.

It is uncertain whether Chioma’s previous marriage was dissolved before proceeding to marry her new husband, Alaafin of Oyo.

This new photos has generated mixed reactions on social media.

Shocking: Chioma Adeyemi, the newest queen of Alaafin Of Oyo, got engaged to a man few weeks ago?? pic.twitter.com/tqtVy97NN8

BREAKING: Chioma was said to be allegedly engaged to her former boy friend, broke up with him and rushed into the hands of the Alaafin of Oyo.😀😀😀. Women sef.

Chioma was reportedly engaged to her lover a few months ago, but now married to the Alaafin of Oyo.

What could have happened to have made Chioma switch camp sharply? pic.twitter.com/KLRty2kjFa

Meanwhile, Alaafin of Oyo was said to have married Chioma to replace Queen Badirat Ajoke, who was allegedly sent packing from the palace over allegations of adultery with fuji musician, Wasiu Ayinde Marshal (KWAM 1 De Ultimate).

READ:  How Nigerian Lady Slept With 300 Men In 5 Months To Acquire Lexus SUV And iPhone 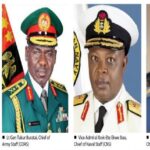 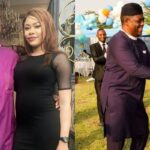