Even though Queen Beyonce runs the world, She was unable to run her legal nemesis out of business as a United States federal judge rejected her request for a permanent injunction to stop a Texas company from selling shirts, tank tops, hoodies and other items bearing the name “Feyoncé.”

Back in 2016, Beyoncé took the Feyonce brand to court claiming Feyonce Inc’s sale of knockoffs infringed her trademark rights and would confuse consumers.

However, U.S. District Judge Alison Nathan in Manhattan decided on Monday that the San Antonio-based organization’s choice to capitalize off the “exceedingly famous” Beyoncé trademark would NOT incite confusion amongst consumers.

A rational jury might or might not conclude that the pun here is sufficient to dispel any confusion among the purchasing public,” the judge wrote.

She added that by replacing the “B” in Beyoncé with an “F,” the company figureheads—Andre Maurice and Leana Lopez— created a mark that sounds like “fiancé,” their core customer, in a “play on words” that could dispel confusion.

One of the Feyoncé items in dispute was a mug with the phrase “he put a ring on it,” which Beyoncé said was intended to recall the lyrics of her song “Single Ladies.”

“Many purchasers of Feyoncé products are, in fact, engaged, just as many Mike product purchasers were named Mike,” Judge Nathan wrote. “Viewed in the light most favorable to defendants, this evidence suggests that consumers are understanding the pun, rather than confusing the brands.”

The courtroom ruler ordered Beyonce and Feyoncé Inc to discuss a possible settlement and trial dates, and scheduled a Nov. 1 status conference. 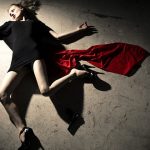 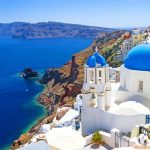