Money seems to be the only factors Teddy A considers before he can go nude in a movie.

The former BBNaija housemate He confirmed this decision in a chat with Punch News. Getting him to go nude on set will involve a lot of considerations such as the payment being offered.

“How much are they paying me? There have to be criteria. There has to be money on the ground. You do not need to worry about the money involved, bring the script,”

Maternal influence has helped him to see women in a different light. Better than how he once treated them. And dealing with too many attention from his female fans doesn’t appear to be a lot of problem thanks to good training from his mother who raised him as a single parent.

“Every man is a mummy’s boy. I was raised by a single mother and I am very close to her. I feel that any man who is close to his mother knows how to treat a woman.

“Being raised by a single mother has helped me appreciate women more. Before I was reckless with women but as time went on, I realised it was not what I wanted to do because it didn’t really work for me.

“People have seen the way I treated Bam Bam in the house and that is me when I am interested in a woman. However, I have no resentment towards my father. Whatever issues you have with your dad should not be because of your mother.” 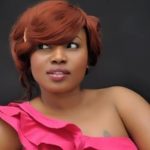 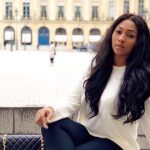