While crew and fans are still reacting to some changes in “The Walking Dead”, the news of Scott Wilson’s death at the age of 76 has left a big hole to fill.

Scott Wilson who played the character of Hershel Greene appeared in three seasons of the series. He is fondly remembered and noted as the emotional core of the show because of his gentle characteristics.

Scott will be remembered as a great actor and an even better person. The character he embodied on The Walking Dead, Hershel, lived at the emotional core of the show. Our hearts go out to his wife, family, friends and to the millions of fans who loved him. pic.twitter.com/cTf4dParo7

Variety Magazine reported that he “died after a battle with cancer.” This conflicts against a TMZ news which confirmed that “he died due to complications from leukemia.”

Khary Payton one of the stars of the show also joined in the tribute to late Wilson. He remembered the deceased welcomed him with open arms the first time they met.

The first time I met Scott Wilson, he gave me a big hug and said that this thing I had become apart of… was a family. He said I had a responsibility to take care of it. I have tried very hard to do that, sir. & I will continue. I promise. See you on the other side, my friend. pic.twitter.com/EhMm0dQbtx

The news of Scott Wilson’s death came a few hours after Angela Kang the showrunner of the 9th season of The Walking Dead hinted about the return of some old characters including Hershel Greene.

This was made known in a tweet that drew negative reactions from fans.

Angela Kang on Jon Bernthal rumored to be on set: “He will come back this season…we also have the wonderful Scott Wilson as Hershel, and Sonequa Martin-Green” ? #TheWalkingDead

While the followers of the show were expressing disapproval over the announcement which may have tampered with the suspense, the news of Wilson death drops right in the Twitter thread.

Those last two went unspoiled. Why would you tell us this??

Agreed. At this rate we won’t even need to watch the show, if they keep telling us everything ahead of time. Sheesh, c’mon man!!! ?

Scott Wilson has passed away. ? Just read about it. No, I'm not joking. 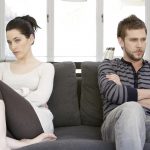 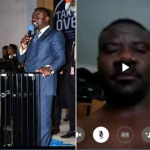