Sexual harassment in Nollywood has become a normal thing and the reasons for it varies from the victims to the predators, who are the filmmakers, investors, and powerful actors who continue to ask for sexual favors to advance careers of female and upcoming acts.

sexual assault or harassment in Nollywood is much more prevalent on women but it also affects male movie practitioners. Nigerian movie practitioners are beginning to take a bold step by coming out to share their stories despite shame, cultural norm and traditional pressures of taking such steps.

From the stories we could gather, here are the three main reasons why sexual harassment is prevalent in Nollywood.

Many Nollywood actresses said one of the reasons sexual harassment has become prevalent in the industry is because some ladies, especially upcoming actresses, seek instant fame.

“This is very true because some actresses feel their body can answer all things,”

“To be honest, some of the so-called Asaba big girls started this act of paying money and offering sex for movie roles because they want to appear in movies by all means. In Asaba, some girls give producers N100,000, N200,000, just to appear in one or two scenes.”

“Actresses should not look for shortcuts by calling movie directors and producers or sending them messages in a bid to get jobs because by so doing they will fall into the wrong hands,”

Many movie practitioners have tried effortlessly to downplay the seeming prostitution in Nollywood. However, young actresses and established names have lend credence to the fact that some actresses merely engage in prostitution in the industry.

When Elom was asked about prostitution in Nollywood, she said,

“Yes, there are, and it’s quite painful and annoying.”

Though Elom said the issue of actresses prostituting is not just in the movie industry, it’s in other sectors of the economy.

A Canadian-Nigerian actor and filmmaker, Pascal Atuma has quoted by saying some actresses are prostitutes in an interview with TheCable.

“If you are not a full time or semi-prostitute, you will not make it in Nollywood.

“Our ladies are using what they have to get what they want. Even some of the guys who can use their ass are the ones making it in Nollywood,”

Atuma, however, denied the statement credited to him claiming he was misquoted out of context.

Many Nollywood perpetrators have become so used to demanding sex for roles that it becomes impossible to spot the talent in an actress without exhibiting their unacceptable sexual behavior.

Filmmaker and actress, Mary Remmy Njoku narrated how a colleague was harassed without perceiving it as harassment.

“…What is the Nigerian definition of sexual harassment? I was standing with a female producer who was wearing a leggings with a camel toe. and a Very prominent male producer Walked past and said I dey see your Virgina (in pidgin) if I hol am en, I go F…. am tire. On the streets of Lagos! I was deeply offended. I wanted to say something but the Lady just said ‘no mind am the man sabi talk rubbish’ and she immediately changed the topic like nothing happened….”

Steph Nora-Okere shared her experience on Broadway TV, how a popular movie producer actually harassed her sexually after putting a knife to her neck.

“Over the years, I have tried not to talk about it because my family said ‘let it go.’ Yes, I was sexually harassed,”

“I was harassed by a very famous producer, who actually put a knife to my neck. It’s a story for another day. I went through that and I actually left Nollywood at a point.”

Actress Annabel Zwyndila recounted her ordeal in the hands of a producer in Vanguard News, stating how she was called all sorts of names for refusing sexual advances in exchange for a role.

The actress further said the producer started reeling out names of his victims in the Nigerian movie industry and saw no reason for her refusal. 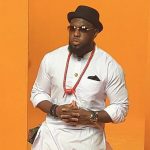 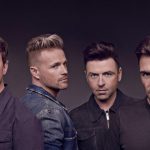