Earlier this year, Shane Filan was asked about that one question every Westlife fan wants to know since the group split in 2012 – will there ever be a Westlife reunion?

He said, he “honestly doesn’t know the answer to that”. He did, however, tease that a reunion may happen “someday down the road”.

“It’s something that I suppose every Westlife fan wants, and I can totally understand that. But yeah, we’ll just have to wait and see. You’ll have to hold tight on that one,” he added.

It looks like a lot can change in six months, ‘coz the Irish boyband has announced that they are finally reuniting to release new music and even go on a worldwide tour next year!

Shane Filan, along with bandmates Nicky Byrne, Kian Egan, and Mark Feehily, are re-forming for the first time since going their separate ways six years ago. Brian McFadden, who left Westlife in 2004, will not be part of the reunion.

Coincidentally, the reunion also marks the 20th anniversary of the band’s formation. Yep, it’s been 20 years since Westlife was formed back in 1998!

The group also revealed that they will be releasing a new single ahead of their reunion tour with Ed Sheeran!

In addition to writing their comeback single, the chart-topping singer-songwriter will also have a hand in penning the group’s new album.

I don’t know about y’all, but I’m SUPER EXCITED to see Westlife back together again! 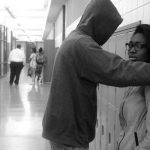