A 7-year old marriage has ended due to wife constant asking for money before any sexual intercourse can talk place in the home. The wife was reported to have once stabbed the husband with a broken bottle on his head.

Delivering his judgment, the judge said:

“Since both parties had consented to the dissolution of their marriage, this court has no choice than to dissolve the marriage.

“The court pronounce the marriage between Mr Sunday Olaosebikan and Mrs Mutiatu Olaosebikan dissolved today, both parties henceforth cease to be husband and wife.

“Both are free to go their separate ways without any hindrance or molestation,” he said.

Custody of the only child the marriage produced was granted to the mother.

Mr Sunday Olaosebikan, told the court that his wife had always refused him sex until she collected at least Sh 150 and that he was tired of paying before having sex with his wife.

“My lord, she once stabbed me with a broken bottle on my head and I bled heavily which landed me in the hospital.

“She places her kitchen knife under her pillow and when I queried her, she said her pastor instructed her to use it anytime she had bad dreams.

“But whenever I requested for sex or during an argument, she brings out the knife threatening to stab me,’’ he said.

“I ran away from the house to avoid untimely death.” he said. 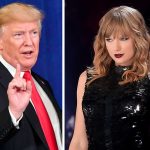 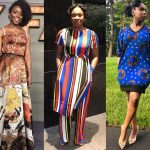