On January 20, 2018, 55-year old William Billingham held a knife to his wife neck, Tracey Taundry who left him to become a lesbian. A few minutes later, he dragged in 8-years old daughter, Mylee Billingham to a nearby bungalow in Walsall, England and stabbed her in the chest.

William Billingham refused to give evidence and claimed he had no memory of stabbing his daughter Mylee. He said he was guilty of the lesser offense of manslaughter due to depression. Prosecutors said Billingham had “turned his anger” on Mylee to deal with his wife Taundry for leaving him to become a lesbian.

According to reports from various sources, Billingham has six children from three different women. That day, Miss Taundry visited him to pick up their daughter Mylee when Billingham attacked her. Interestingly, Billingham was seen in a video earlier that day smiling with his daughter as if nothing happened.

“It was swift, deliberate, clinical, brutal. It was not some manic, unfocused assault.”

“This was no accident and it was not a slight injury. It was a deep, violent thrust of a lethal weapon into the most vulnerable part of his young daughter’s body.”

At the crime scene, Billingham neglected calls from the Police and stabbed himself in the stomach. He also described himself as a “brilliant dad” to prosecutors.

Psychiatrist Philip Joseph told jurors: “He has a particular difficulty in coping with the end of relationships and is likely to behave in an aggressive and intimidating manner.”

Interestingly, Billingham has a record or records. He had been cautioned in 2007 for slapping Tracey Taundry and was convicted in 1990 for causing bodily harm on his then-girlfriend.

Birmingham County Court has convicted Billingham of murdering his daughter and threatening his wife with death. He would be sentenced today. 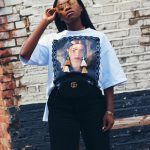 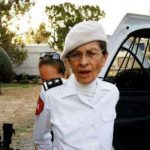