A Nigerian lady revealed how her hope of making a fortune in France turned into a nightmare after encountering human traffickers who turned her into sex slave.

According to CNN, she is identified as Nadège. She was 20 years old when she flew out of Nigeria with a fake passport, on a commercial flight to France.

When she arrived in France, The Bois de Vincennes park in Paris used to be her home until she managed to escape from her captors.

Nadège claims she was trafficked from Nigeria to France and forced into sexual slavery, at €20 ($23) per client, to pay off a colossal debt to a female Nigerian pimp. The pimp who is described as “madam” had made false promises about a good life in Europe when they met in Lagos. She anticipated a visit to France will fetch her a waitress job as promised but that never happened.

“I was told it was like a paradise but getting here, it was like from frying pan to fire”

She was made to swear an oath at a juju temple before leaving Nigeria. By swearing the oath she agrees to repay her madam for sending her to Europe and to never speak of her oath, or her debt, to anyone.

Settling a debt of over N20 million was one of her obligations to the pimp who also seized her traveling documents to prevent her from running away even though she had oath consequences to deal with. Things soon took a different turn for the lady when she became pregnant for her boyfriend. At this time she made a decision to escape the forced labour but risks terrible consequences such as death or madness.

“I was like… ‘Should I go over to the street and start working? Should I abort my baby?”

“I was waiting patiently for the death or the madness.”

Fortunately, both never came. They are expected to be the outcome of ‘betrayal’ if she fails to fulfill her obligation to the madam.

Nadège now enjoying protection at an asylum in France but her family members in Nigeria are not so safe. Persons loyal to the pimp have been giving them heat since she escaped. She has vowed not to return to Nigeria because it is not a place for her especially when playing the role of a mother. 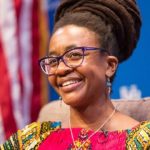 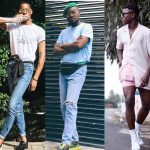