Presidential candidate of the Allied Congress Party of Nigeria (ACPN), Dr. Obiageli ‘Oby’ Ezekwesili, has a message for those who think she can’t win the 2019 presidential election. She would be holding a press conference on Monday, October 29, 2019, which is themed: “For those who say we cannot win,” in Lagos, Nigeria’s commercial capital and most populous city.

On October 11, 2018, She said, she’s in the presidential race to win it. She will be going against Atiku Abubakar of the PDP, President Muhammadu Buhari of the APC and over 70 other candidates that are contesting for the presidency in February of 2019.

Ever since Ezekwesili declared her intention to run for President on Sunday, October 7, 2018. She is the leading female presidential candidate in the race to win the 2019 general elections. Some Nigerians see her as an underdog, and they don’t take her seriously, so that’s why she would be holding this press event.

During this press conference, she would have the opportunity to unveil her campaign roadmap, communicate its essence, and engage Nigerians directly on “this urgent marathon to rebuild the nation”, her campaign said in an emailed statement. She took to her Twitter page to say:

“My beloved compatriots and fellow occupiers of the #OfficeOfTheCitizen,We need YOU. I need YOU. Nigeria needs YOU. IT IS TIME TO FIGHT FOR A  NEW NIGERIA. I am totally committed to leading and mobilizing all our citizens on a #ProjectRescueNigeria. ‪On Monday, 29 October, just  before my listening tour of every state in Nigeria, I will be  delivering a major call to action in Lagos. For those who think we  should wait until 2023; for those who say we have to ‘manage’ the  lesser of two evils; those who prefer either corruption or  incompetence; and for those of you who are fired up but wonder how  serious I am about this urgent mission please join me on Monday at  11am”.

After her prepared speech at the press conference, Ezekwesili will take questions from journalists. The event will be streamed live on her social media handles, her campaign office detailed. 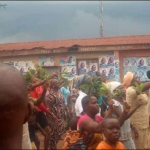 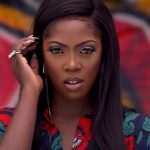