Presidential candidate of the Allied Congress Party of Nigeria, ACPN, Obiageli Ezekwesili, has warned President Muhammadu Buhari that the use of security officers to compromise the 2019 election may lead to danger in the country.

Ezekwesili gave this warning during a meeting with the International Republican Institute, IRI, and the National Democratic Institute, NDI, in Abuja, on Wednesday, December 19, 2018. She said:

“the delegation and the international community should join the Nigerian people to prevail on President Buhari to practicalize the peace accord with exemplary actions in order to build confidence in the process.

“The most crucial thing the President must do to build the confidence of all contestants and the Nigerian people is to sign the Electoral Amendment Bill 2018 into law. Should he fail to do so, we must encourage the National Assembly to override the President and enact the bill to an Act.”

She further warned that the use of security officers to compromise the election may lead to danger in the country.

“The President and Commander-in-Chief of the Armed Offices must take due cognisance and avert the danger that the military and police establishments have become to our democracy as was evident in the Osun and Ekiti elections.

“The security forces must be pulled out of the co-opted involvement in our elections, which in those two gubernatorial elections disenfranchised many voters.

“Nigerians want a new direction and the President must avoid actions that suggest he wishes to suppress the aspiration of the people in the 2019 elections. Any action of the President that aims at giving him an advantage in the February elections amounts to political corruption since he is using his political power for personal gain as a candidate.” 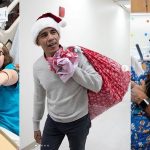 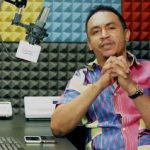