If you have been observant over the last few months, Santorini has been trending and popping up a lot on Nigeria Twitter and Instagram timelines. Many young Nigerians are now mentioning Santorini as their first choice traveldestination. All of a sudden it seems Dubai, London, Johannesburg, New York never existed.

Santorini is not really new as a lot of Nigerians portray it to be. As a matter of fact, last year, Hushpuppi Visited there and posted a picture on Instagram which he captioned “What a wonderful world!!!”

So what is Santorini?

Santorini is the new tourist destination spot in faraway Greece for the rich with a functional passport.

If you’re planning to vacay at Santorini with the mind that all you need is roughly 600k, think twice o cause you’ll also need an account statement of about 2.5m, proof of employment or CAC cert.

Schengen visa is not beans

All because I wan go Santorini. Jehova Jireh

According to Wiki Travel:

“Santorini is a volcanic island in the Cyclades group of the Greek islands. It is located between Ios and Anafi Islands.

“It is famous for dramatic views, stunning sunsets from Oia town, the strange white aubergine (eggplant), the town of Thira naturally its very own active volcano.

“There are naturally fantastic beaches such as the beach of Perissa, maybe the best beach in Santorini, the black pebble beach of Kamari white beach and red beach.”

Santorini has favorable weather for 8 months in a year, except the period from December to March. The temperatures are also inviting and mesmerizing.

At its best, Santorini showcases the power of God’s artistry, embedded in nature’s beauty, shining on the power of the sun, to show clean beaches, white sands and dimly lit resorts that entices you.

Why then is Santorini trending in Nigeria?

In in 2016, Santorini has been planning to increase their tourist capacities and boost their numbers. From the look of things, it seems they have solved these problems.

Europian Union has also released a certain amount of funds toward the development of this Island.

With these improvements, funds, and exposure, they will certainly make a lot of money from this investment. That’s why you’re seeing the aggressive marketing of Santorini across Nigerian social media.

In case you were wondering, Nigeria is not the only country witnessing this aggressive marketing of Santorini.

A Nigerian Human Resource Professional and Lawyer, Abena Yalley who has a Schengen Visa and has been holidaying in Santorini since September says, “Ticketing is cheap from October to May. Any after those months is expensive.” 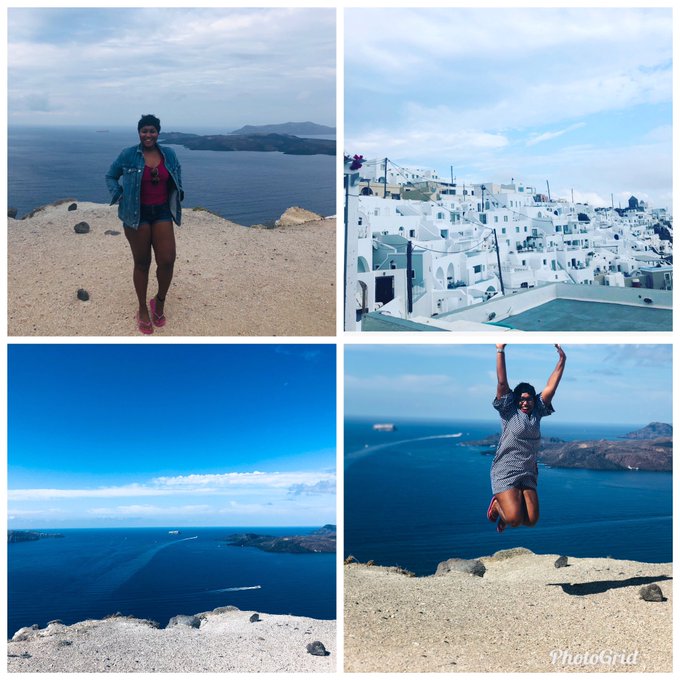 Yalley, who is a travel enthusiast for whom Santorini has topped the list for a while says that Santorini is expensive, but people Greece might want Africans because:

“Greece has been going through a recession so they definitely need the money. For the most part, Africans from Africa don’t really come here. Both on my inbound and outbound flight, I was the only African. My hotel too and most places we went to.”

According to Trip Advisor, It would cost Nigerians as low as N306,710  for an economy class flight trip to Santorini.

The Santorini hype is real and trending. See some of the tweets and memes.

Santorini because I’m annoying but nice to look at 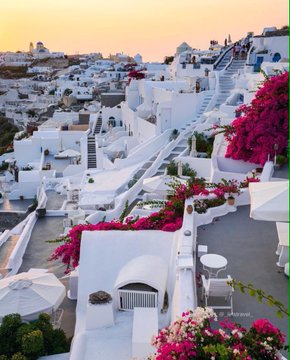 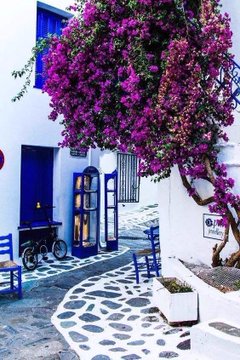 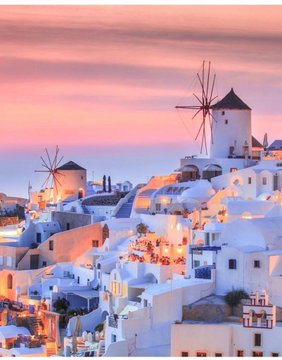 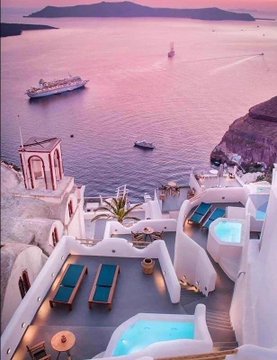 Serious question….
Do they have children in Santorini??? 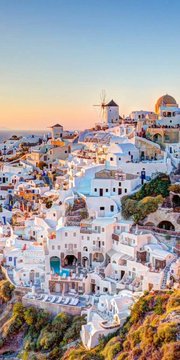 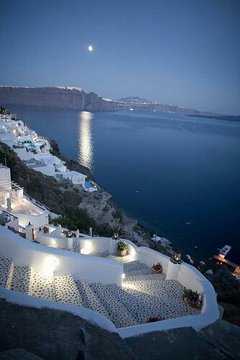 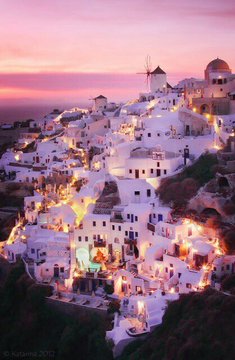 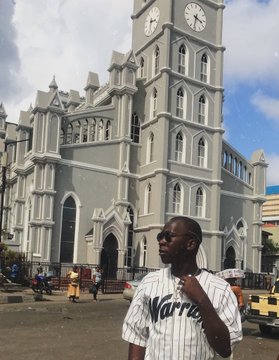 my last visit to Santorini

And who said there is no money in Nigeria?
Just few days after the whole Santorini buzz on the TL and Nigerians are already chilling over there 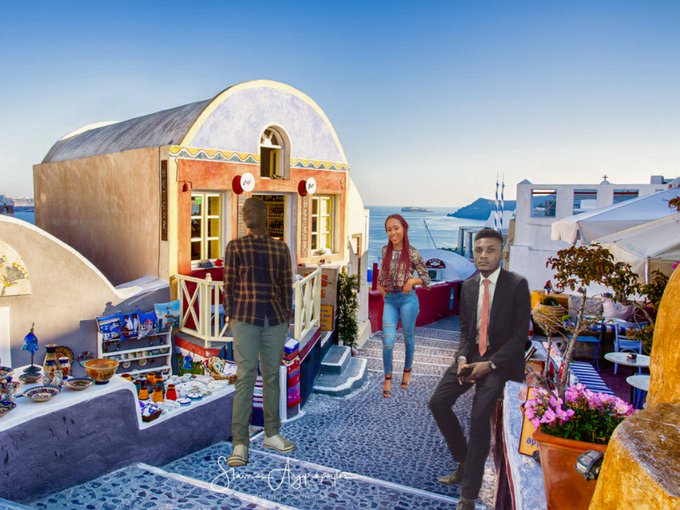 Had such a great weekend in santorini…. Their paternal 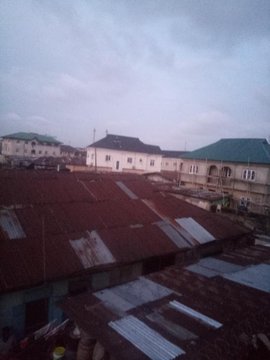 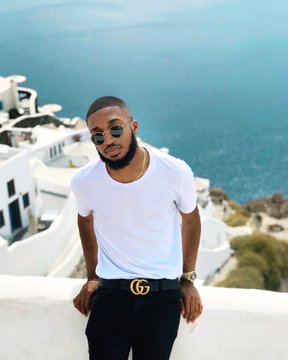 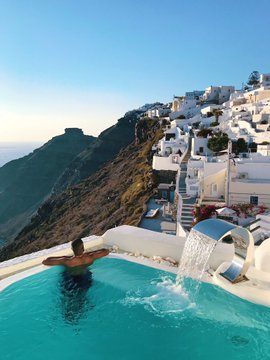 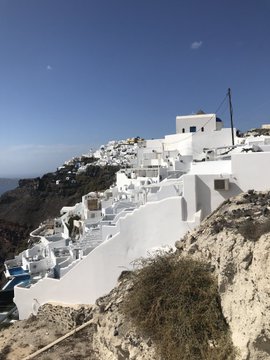 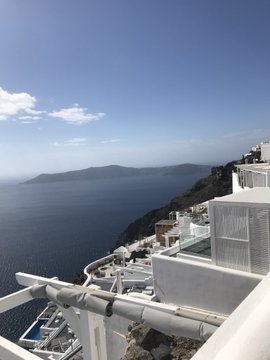 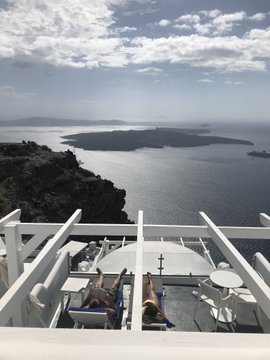 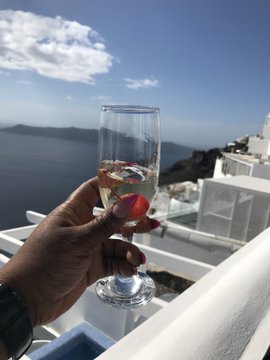 How big an attraction is Santorini?

In 2016, Santorini was a top give global tourist destination, with an average of 25,000 people arriving a day on cruise ships, with a total number of around 57 people traveling into Santorini daily.

Well, the Greek government should expect that number to increase within a year if social media trends are anything to go by. You can bet that Nigerians who have the means will start trooping to Santorini in huge numbers.