A disturbing video of a child being used as a drug carrier is circulating on the internet. In the video, the mother was seen handing over the child to her father, who is in prison. The man then slides his hands down the baby’s pants and grabs a white package which he hides in his jumpsuit.

The authorities busted into the room and arrested the mother, the father was taken back to prison, which is actually where he deserve to be, and the baby was taken away from them.

But what happens to the child, now since both parents would now be in jail? 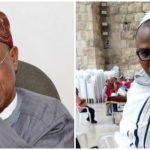 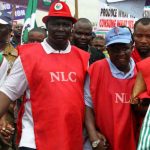