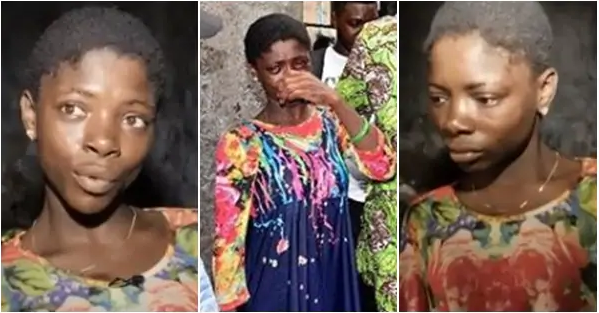 A 26-year-old female drug addict, identified as Lizzy, was rescued from the claws of her captors in Ipodo a dilapidated and degraded community in Ikeja, Lagos State.

The sad story of the 26-year-old who was an alumnus of Caleb Nursery and Primary school and Vivian Fowler Secondary School but ended up as a cocaine addict, begging on the streets, doing prostitution at night to survive.

Lizzy said she had been taking crack cocaine and living with her captors for seven years before she was rescued by Dr Tony Rapu, the Senior Pastor of This Present House. 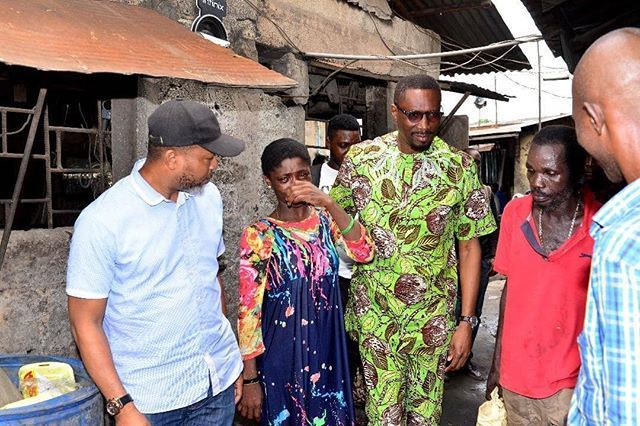 Lizzy explained that it started seven years ago with weed smoking, until her ex-boyfriend told her he had been mixing her wraps up with cocaine to her surprise, but it was too late as she ended up getting addicted to crack cocaine.

The very eloquent speaking Lizzy said she became so addicted to hard drugs and thinks rehabilitation would not mend her because she feels she’s beyond repair. 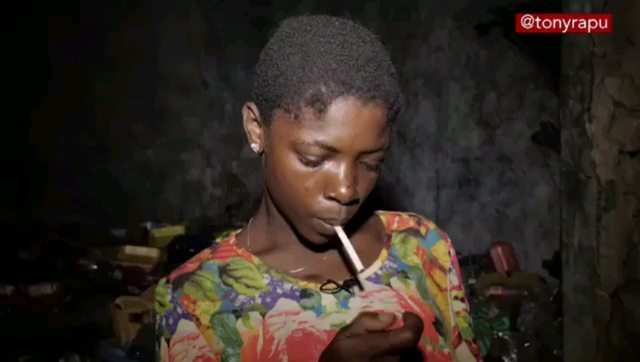 However, Lizzy said she has been waiting for the day she’ll meet pastor Tony Rapu who had earlier visited her community to rescue her friend Bukky.

“I couldn’t visit any rehabilitation because I thought it wouldn’t help. I started with weed smoking, then one day, my boyfriend told me he had been adding cocaine and I was surprised.

“I asked him why he would do such without my consent, but it wasn’t long before I got addicted to it.

“It became so critical that I had to take to begging at day and prostitution at night. I attended Caleb Nursery and Primary School and Vivian Fowler Secondary School.

“I have been hearing of Tony Rapu, but missed seeing him earlier when he came to our community (Ikeja), he came for Bukky then.

“I have been waiting for this day when I would meet him. I know he is the only one that can help me get over this,”Lizzy said.

In another part of the video, Pastor Rapu summarised how he rescued Lizzy and shared a video of Lizzy narrating her ordeal in the hands of her captors and drug suppliers. Tony Rapu:

“We visited Ipodo this afternoon, a dilapidated and degraded community in the heart of Ikeja.

“Our visit was to rescue 26-year-old Lizzy from the clutches of her captors; the drug sellers and pimps who feed her drug habit from the proceeds of prostitution and other vices.

“We picked up Lizzy over the weekend. Here, she tells a bit of her story while awaiting our arrival at the joint she frequented in Ikeja. Lizzy tells about her upbringing, her addiction to crack cocaine and the depraved night life she lived to make money to pay the drug dealers.

She is currently undergoing her first stage of detox and rehabilitation in the long journey out of addiction. We hope and pray she returns to a normal and productive life afterwards.

Watch part 1 of the video:

Watch part 2 of the video: