A gas station exploded in Baruwa area of Ipaja, Lagos State, on Thurday morning, throwing residents into pandemonium as they scamper for safety. 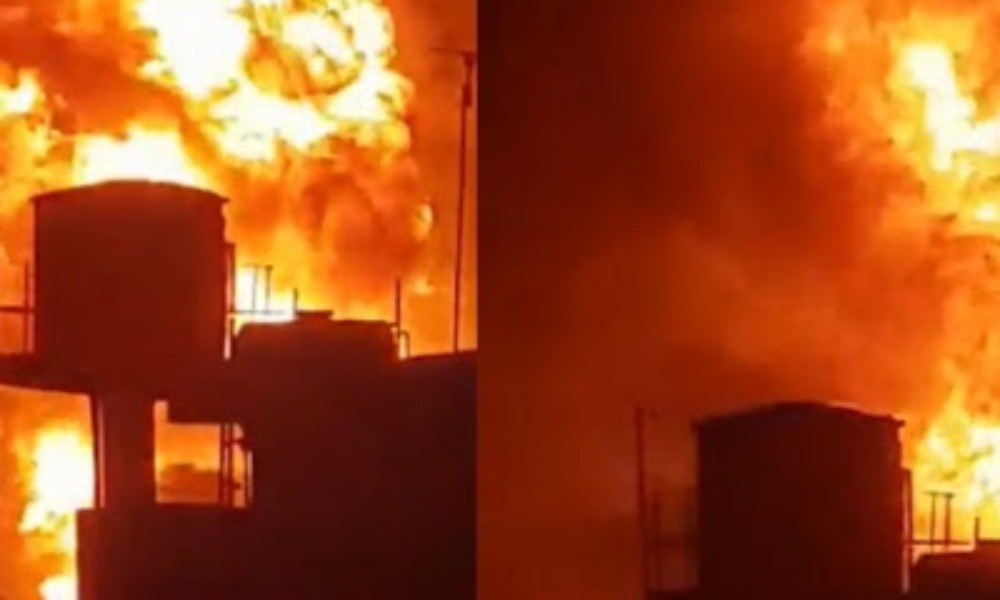 According to eyewitnesses, the explosion occurred around 6am on Thurday, but it was learnt that first responders including Lagos State Emergency Management Agency (LASEMA) and men of the Lagos Fire Service were drafted to the area around 8:38 pm.

Providing an update on the explosion, Ibrahim Farinloye, the Acting Coordinator of the National Emergency Management Agency (NEMA), said five bodies were recovered from the explosion, while three persons were rescued persons and taken to a hospital after the initial first aid treatment.

Mr Farinloye said the fire was caused by the generator of the gas station which was on when the LPG tanker was discharging.

READ:  "We Will No Longer Condone Killings Of Nigerians In South Africa" - Senate President, Lawan

“At about 20 minutes to 6a.m., at Candos Road, Baruwa Inside, Lagos, a LPG tanker was in the process of discharging at the Best Roof Plant Station and the Station Generator was on and from where it was reported that explosion erupted.

“A source revealed that the Gas plant has about 30 metric tons of gas in the underground tank. While dispense to domestic consumer, it also loads LPG Tanks and it was stated that in the process of loading a tank with its generator working and possibly there could a leakage which got to the generator,” Mr Farinloye said.

“The explosion threw the discharging tanker across the road. Many buildings have been destroyed,” the NEMA boss said.

READ:  Woman Who Drilled Nail Into The Head Of Her Maid, Thrown In Jail With Her Husband In Enugu

Watch the video and recation from social media users below:

Guys this fire has been burning for hours. And we still haven’t gotten any help. Fire service isn’t responding. This is happening at Baruwa Ipaja. pic.twitter.com/JHWGdhyI3p

Fire at my area baruwa ipaja Lagos. Please if you see this. Help us to call Nigeria fire service to come to our aid. @jidesanwoolu pic.twitter.com/nT4ak6HNvn

Explosion at a Gas Plant in Baruwa, Ipaja, Lagos State this morning. pic.twitter.com/ZXlopBpjnh

– Gas station has exploded in Baruwa area of Lagos, occurred around 6am this morning.

Update: our very efficient Lagos State Emergency Management Agency @followlasema personnel moved promptly to Baruwa, decimated the raging fire and brought the situation under control. Residents can go about their business without fear. Although work continues at the site. pic.twitter.com/X1ScQ0MiSP

This is coming about two weeks after a similar explosion rocked in Iju-Ishaga area of Lagos, leaving 40 people injured and many buildings destroyed.