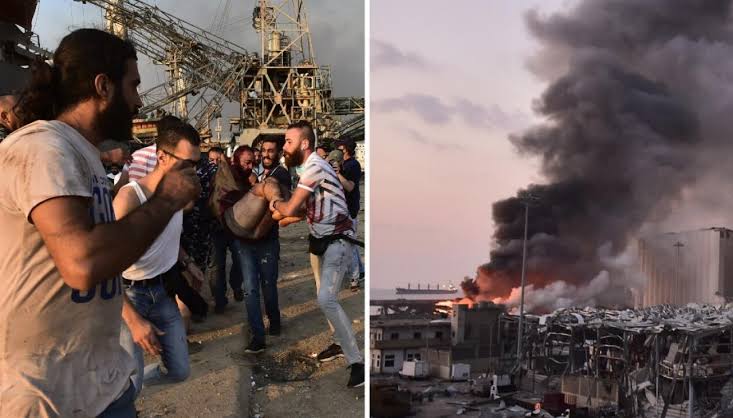 Lebanon’s prime minister, Hassan Diab, said the main blast at Beirut’s port was caused when an estimated 2,750 tons of ammonium nitrate had been ignited.

He said the chemical had been left unsecured for six years in a warehouse, and vowed to punish those responsible.

As the death toll climbed on the discovery of more bodies in the wreckage, at least 4,000 were reported injured.

Hundreds of homes were left uninhabitable by the blast which also destroyed huge grain silos, a devastating blow to a country where bread was already scarce and which is dependent on imports by sea.

The US Embassy in Beirut released a statement advising that people wear masks and stay indoors, following “reports of toxic gases released in the explosion”.

The American University of Aerosol Research Lab’s indicators showed that air quality levels had returned to “Good” by 7pm on Tuesday, however, after showing “Moderate” levels of particulate matter an hour earlier.

Thousands of people sought treatment in nearby hospitals, which were struggling to cope with the casualties. Cars were left strewn across the surrounding highway, and the blast was heard up to 80km (50 miles) away in the country’s north.

READ:  Nigerian Man Employs 13-Year-Old Niece To His Law Firm After She Begged Him For Money

The health minister, Hamad Hassan, put the confirmed death toll at 78, with at least 4,000 injured.

“There are many people missing until now. People are asking the emergency department about their loved ones and it is difficult to search at night because there is no electricity. We are facing a real catastrophe and need time to assess the extent of damages,” Hassan told Reuters.

On Tuesday night Lebanon’s Supreme Defence Council recommended declaring Beirut a disaster-stricken city, declaring a two-week state of emergency in the capital and handing over security responsibility to military authorities.

Below are some of the photos and videos from the scene circulating the social media.

Some pictures from inside Beirut's mangled port today. pic.twitter.com/ccf3drv3QX

blasts leave #Beirut port in ruins Two major explosions rocked Lebanon’s capital, killing at least 50 and injuring some 2,700 people. The blasts were so intense they reduced nearby buildings to rubble and blew out windows more than 10 kilometers away.#Pray pic.twitter.com/nwOMvx7P76

Can't believe that in the middle of this pandemic ,people in Lebanon is now facing another disaster. Sending prayers and deepest condolences to our dear Lebanese brothers and sisters. May God always guide you. Godbless you all 😣😣#Beirut pic.twitter.com/4Kkgrs0SIJ

Just look this sad pictures
Make a dua for people of #Beirut pic.twitter.com/MNklhb1s3k

Please take a minute or two to pray for our brothers & sisters at Beirut, Lebanon. There has been a massive explosion & the blast leave dozens dead & thousands injured.

Our prayers & thoughts are with them. #Beirut pic.twitter.com/6vrtGR6lm9

The Beirut explosion was equivalent to about 240 tons of TNT, roughly 10 times as great as the US military's (MOAB) is capable of unleashing.The blast produced seismic wave equal to a magnitude 3.3 earthquake.

Pray for our brothers and sisters in Beirut, Lebanon pic.twitter.com/58gySrm8QP

This is a video that I received from another angle – the person who shot it is OK.

Remember; many people usually jog/walk on the Beirut waterfront (close to the explosion).

Many people thought they just were documenting a big fire in the sea port. #Lebanon #beirutblast pic.twitter.com/CpuUgKAvLV

The Beirut explosion impact shattered this drive's windows from far away. pic.twitter.com/K9C4d8tn8d

I still can't believe what happened to #Beirut today. My people don't deserve this.
Hoping to wake up from this nightmare, but the Israeli drone flying above my area insist on reminding me about the bitter truth.
Life is short, embrace your beloved ones.#Lebanon pic.twitter.com/Unq4eeGPR1

This is so terrifying! The Beirut explosion from a car driving on the road next to the port#Lebanon #BeirutExplosion pic.twitter.com/p8V99136To

This guy was easily 1.5 to 2 miles away!!
Rip to the person that captured this closeup. It was a livestream. This just so scary.#Beirut #بيروت #Lebanon #BeirutBlast #لبنان pic.twitter.com/R56AHqziiV

Hospitals are full in Beirut. This is one of many. pic.twitter.com/OFE40nghyP

KanyiDaily had also reported how over 137 people were killed and hundreds more injured when explosions rocked three churches and two hotels in Sri Lanka on Sunday morning as Christians celebrated Easter.

READ:  Robert Mugabe: The Man Who Ruled Zimbabwe For 37 Years Has Died At 95 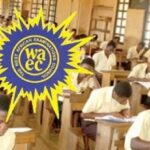