The Speaker of Ogun State House of Assembly, Olakunle Oluomo has been arrested by the Economic and Financial Crimes Commission (EFCC) at the Muritala Muhammad Airport in Lagos State. It was gathered that the speaker was picked up at the Lagos Airport on Thursday morning by EFCC operatives following a tip-off over allegations bordering on financial crimes.

A source said Oluomo was taken to the Lagos office of the anti-graft agency for questioning after allegedly failing to honour invitations of the EFCC several times.

The speaker was said to have been on the wanted list of the commission after he and some others were accused of forging signatures and financial documents of the assembly.

An attempt to get confirmation from the EFCC failed as the spokesperson for Lagos zonal office, Ayo Oyewole, refused to answer the calls.

KanyiDaily had also reported how the EFCC arraigned a manager with Cubana Group, Lucky Uchechukwu Ndukwe, for alleged $164,000 money laundering. 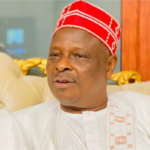 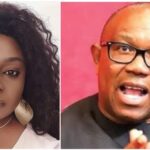