A video has emerged online showing the moment a man presented a surprise birthday gift to his wife, containing the DNA test result of their daughter who he found out isn’t his. 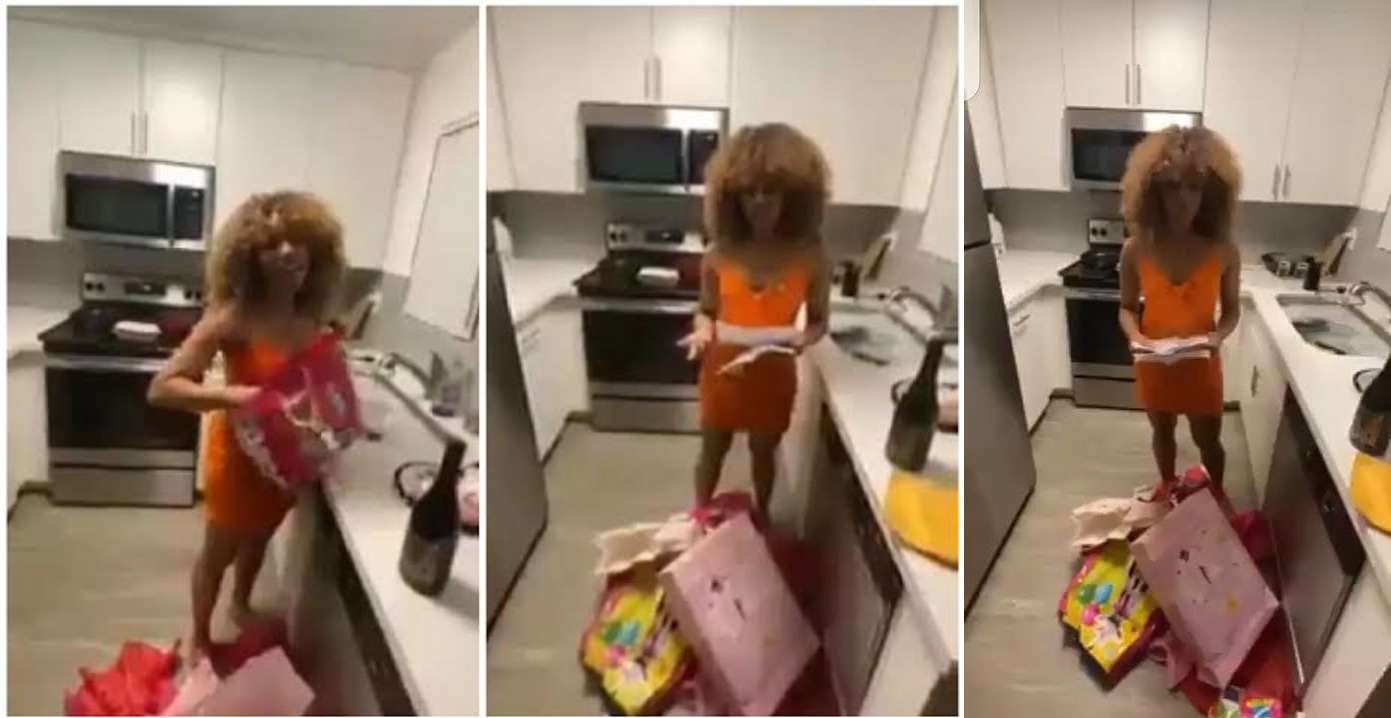 The man packaged the DNA test result with different kinds of bags just to make it look like a real gift to his unsuspecting wife.

In the video, the woman could be seen opening the surprise gift and praising her husband, thinking it could be a necklace or ticket for a trip to Dubai.

The matter changed when she finds out that it was just a paper that was put inside a brown envelope and the husband asked her to read it.

She was shocked to find out that it was her daughter’s DNA result which shows her husband is actually not the father of her daughter.

Even With the DNA test on her hand, she’s still saying she didn’t cheat, that it was their daughter and he should accept the girl, who she claims love him.

The man who was disappointed that his wife cheated and committed paternity fraud, gave her till month end to leave his house.

He gave her the DNA results on their child’s birthday 😭😭 pic.twitter.com/pK6zmVE4ty

KanyiDaily recalls that a Nigerian man had condemned DNA test, saying every child born in a marriage automatically belongs to the man.