Ebonyi State Police Command have arraigned two young men before a Magistrate Court, sitting in Abakaliki, for allegedly killing their friend while testing a bullet proof charm at Amasiri, in the Afikpo North Local Government Area of the state.

The suspects, Richard Okpu, 20; and Ginikachi Idam, 18, were friends with the victim, Kelechi Isaac, until they shot him dead on February 5, 2020.

The victim was said to have allegedly gone to a native doctor to obtain charms that would prevent bullets from penetrating into his body, any time he is shot at.

After using the charm, he ordered his friends to test the efficacy of the charm by firing bullets at him.

The late Isaac, who was said to have brought the gun with which his friends fired at him, died immediately after his friends shot at him.

Richard Okpu, one of the suspects was quoted as saying:

“I don’t know this kind of temptation. We were on our own and our friend, because three of us are friends, came and told us he has gotten ‘Ode eshi’ (charm) and that any of us, who takes it and is shot, would not have the bullets penetrate into his body.

“We said okay, how do we know if it is working? He went and brought a gun from one hunter and said we should fire him, that the bullets would not enter. It was then that we fired him and he died.

“We didn’t mean to kill him. We just wanted to test the efficacy of the charm. God, please help us.”

The suspects were arraigned before the Magistrate’s Court on Monday, on two counts charge bothering on murder and felony.

The Police Prosecutor, Inspector Edet Effiong, told the court that the offence was punishable under sections 324 and 319 (1) of the Criminal Code Cap. 33, Vol. 1, Laws of Ebonyi State of Nigeria, 2009.

The charge read: “That you Richard Okpu ‘m’ and Ginikachi Idam ‘m’ on the 5th day of February, 2020, at Amasiri community Afikpo North in the jurisdiction of this Honourable Court did conspire among yourselves to commit felony to wit; murder and thereby committed an offence punishable under section 324 of the Criminal Code Cap. 33, Vol. 1, Laws of Ebonyi State of Nigeria, 2009.

“That you Richard Okpu ‘m’ and Ginikachi Idam ‘m’ on the same date and place, in the aforesaid Magisterial District did unlawfully cause the death of Kelechi Isaac ‘m’ by shooting him with a gun and thereby committed an offence punishable under section 319 (1) of the Criminal Code Cap. 33, Vol. 1, Laws of Ebonyi State of Nigeria, 2009.”

The Chief Magistrate, Chinedu Agama, said the court la led the jurisdiction to entertain the matter and ordered that the suspects be remanded at the Nigerian Correctional Centre, Abakaliki.

He further directed that the case file be forwarded to the office of the Director of Public Prosecutions in the state, for necessary advice.

The matter was adjourned till March 3, 2020, for report of compliance. 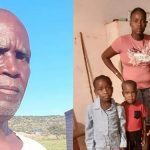 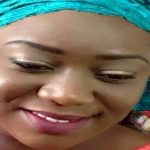