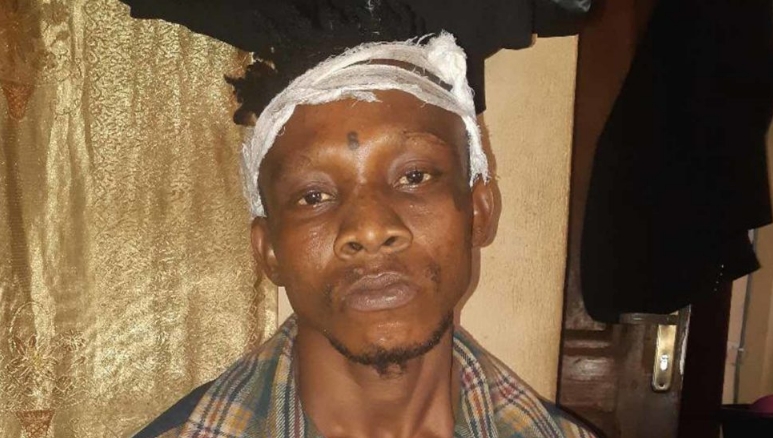 A 42-year-old man identified as Emmanuel Osiben, has been arrested for allegedly stabbing his 38-year-old friend, known as Femi, to death while attempting to recover the N1,200 he loaned him at the Ijora-Badiya area of Lagos State.

We gathered that Emmanuel had lent N1,200 to Femi, but Femi refused to pay back when Emmanuel went to ask for the money which resulted in a fight between the two men.

They were separated by elderly neighbours, and Emmanuel went back home after the fight.

But Femi traced him to his home accusing Emmanuel of disgracing him by telling neighbours that he was a debtor.

It was during the argument that another fight ensued and Emmanuel stabbed Femi to death with a kitchen knife.

Emmanuel was arrested by some neighbours who later handed him over to the police at the Badia Division, Lagos State Command.

In his confessional statement to the police, Emmanuel admitted confronting Femi, whom he claimed was owing him money, but he alleged that it was the deceased who attacked him first with a bottle.

“The incident happened on February 13, at Ijora Badia. I went to collect a debt of N1,200 Femi was owing me, but he picked up quarrels with me.

“The quarrels led to a fight. The elders who were around settled us and I went to my house to prepare lunch.

“I was inside my house pilling yam when Femi came again and smashed a bottle on my head. I dashed into my room, grabbed the kitchen knife I was using to pill yam went after Femi and stabbed him olin the neck.

“We were both bleeding when those who settled us earlier arrived. We were rushed to the hospital where Femi was confirmed dead and I was arrested by neighbours and handed over to the police.

“I regret what happened because the deceased was a very good friend. What happened was the work of the devil. I just can’t understand why I did not even forget about the money and why he refused to pay me back too.”

The suspect is currently being detained at the Homicide Section of the State Criminal Intelligence and Investigations Department (SCIID), Panti, Yaba, for culpable homicide.

ALSO READ: Lady Arrested For Attempting To Kidnap Her Friend’s Mother Whose Husband Works With NNPC 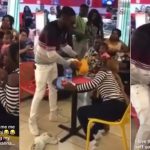 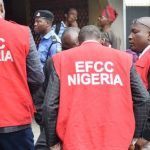