A policeman attached to the Lagos Police Command has reportedly shot dead a female lawyer, Bolanle Raheem, in the Ajah area of the state. 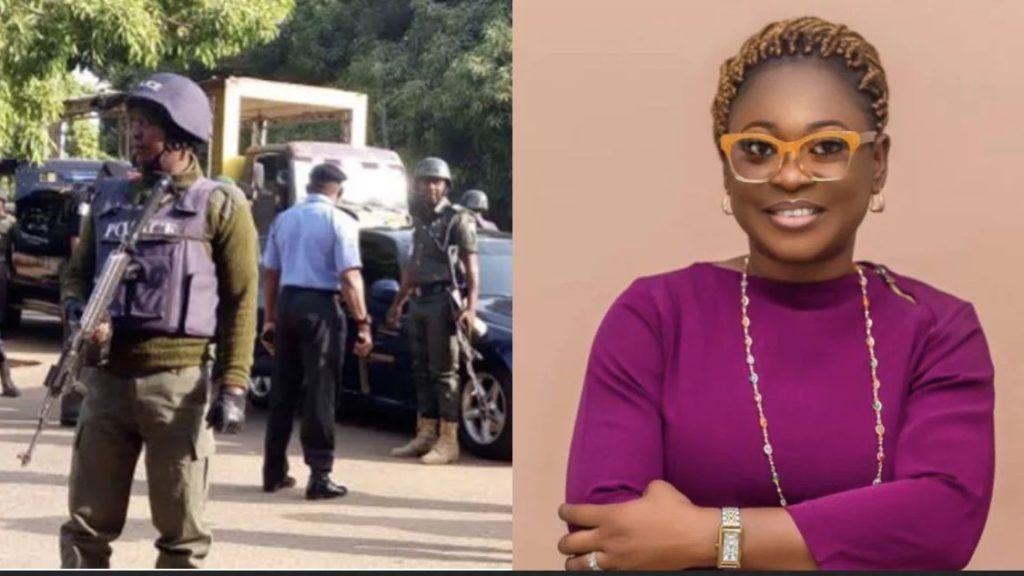 It was gathered that the incident occurred on Sunday morning when the deceased and her family members were returning from Christmas service.

Some police officers attached to the Ajiwe police station in Ajah were said to have ordered the car conveying the lawyer and her family members to stop.

One of the officers allegedly shot at the car and the bullet was said to have hit the lawyer. The police officers were said to have fled the scene immediately after the shooting.

The deceased was reportedly rushed to a hospital where she was confirmed dead.

Confirming the incident, Benjamin Hundeyin, Lagos police command spokesperson, said the assistant superintendent of police (ASP) who shot at the deceased and two other officers are currently in custody.

“Unfortunate and avoidable incident that was. The ASP that shot and two others with him have since been taken into custody. They are to be moved to the SCID for further investigation,” Hundeyin said on Twitter. 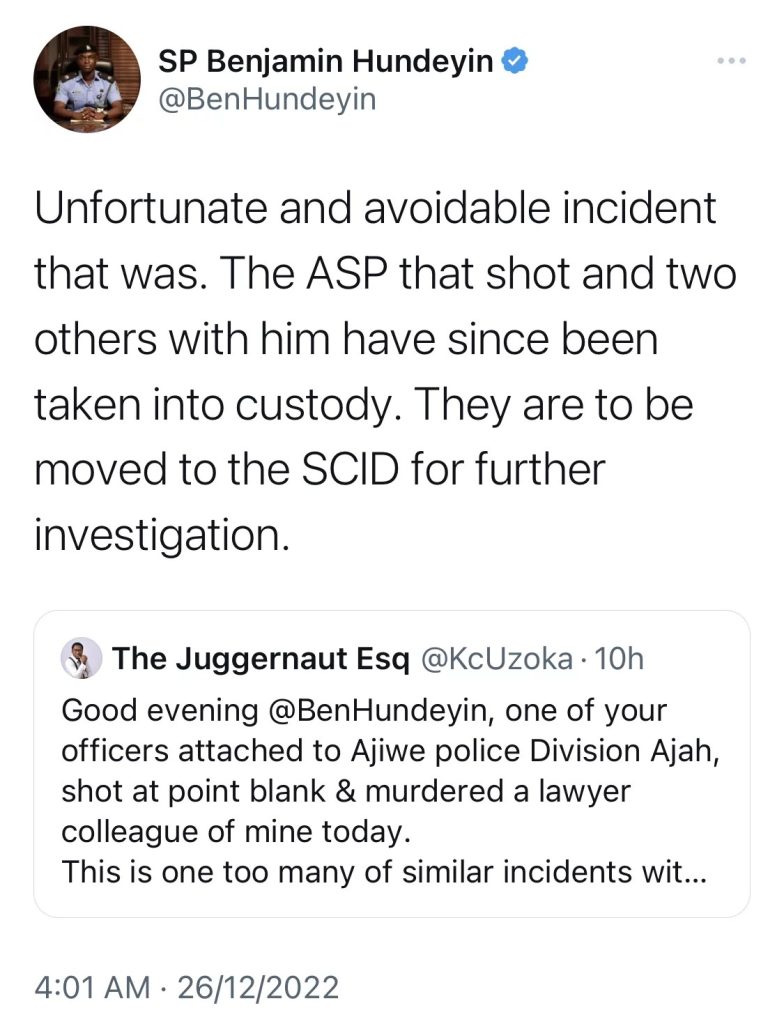 The killing of the lawyer has since sparked outrage from Nigerians on Twitter, with many calling on the police to take action against officers of the Ajiwe police station.

KanyiDaily had also reported how a 27-year-old woman, Mariam Ayila was arrested for kidnapping a 13 years old girl, Sofiat Yusau, in Ogun State.