Elon Musk’s brain-machine interface company, Neuralink, has made headlines over the past many years around it efforts to develop a new kind of interface between the human brain and computing devices. 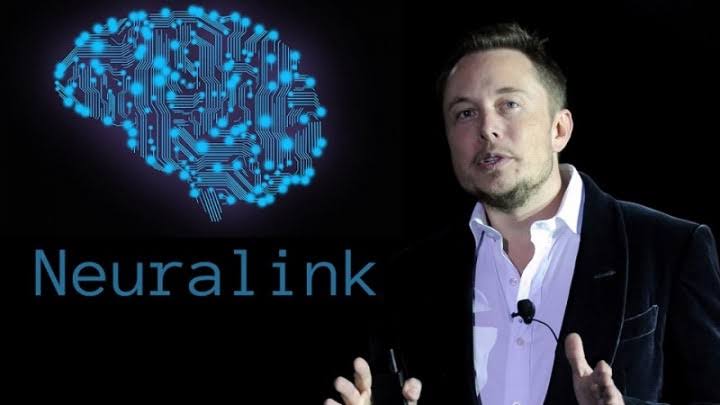 The Tesla and SpaceX CEO brought along three pigs, who had varying levels of interest in cooperating, to provide demo of how the technology works.

Neuralink’s brain-machine interface technology sinks electrodes into the brain then uses a chip to communicate with computers outside your skull.

Kicking off the demo on Friday, Musk said that the purpose of the entire presentation was recruiting — not fundraising or any other kind of promotion.

“We’re not trying to raise money or do anything else, but the the main purpose is to convince great people to come work at Neuralink, and help us bring the product to fruition — make it affordable and reliable and and such that anyone who wants one can have one,” he said.

READ:  1,000 Pastors Storm Abuja To Endorse 'God's Anointed' Buhari Who Is Destined To Lead For 8 Years

Musk then went on to say that the reason he wants to make it generally available is that just about everyone will have some kind of neurological problem over time, including memory loss, anxiety, brain damage, depression and a long list of other ailments.

Neuralink also has a medical focus to start, like helping people deal with brain and spinal cord injuries or congenital defects. The technology could, for example, help paraplegics who’ve lost the ability to move or sense because of spinal cord injury, and the first human uses will aim to improve conditions like paraplegia or tetraplegia.

“If you can sense what people want to do with their limbs, you can do a second implant where the spinal injury occurred and create a neural shunt,” Musk said. “I’m confident in the long term it’ll be possible to restore somebody’s full body motion.”

The tech billionaire first noted that Neuralink had changed design since the reveal last year, with a smaller physical device profile that he said can be fully hidden under hair once installed in the skull. He had a physical device in-hand to show its size. 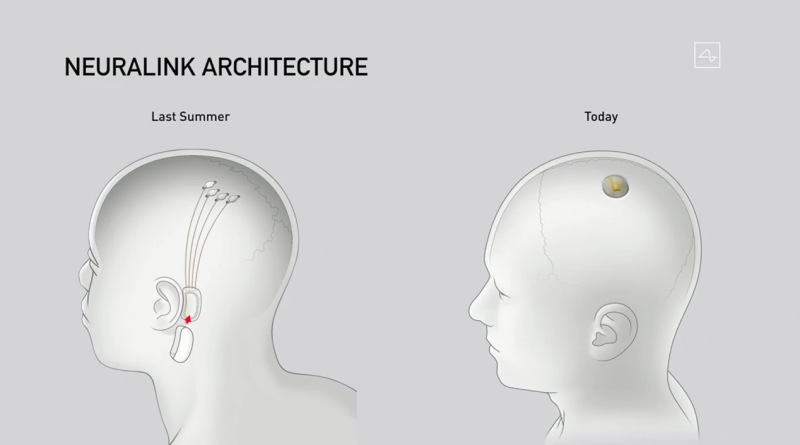 Musk then turned the audience’s attention to three pigs that were in attendance in nearby pens, with handlers nearby. Among the three pigs were one that was untreated, the second pig named “Gertrude” was installed with a Neuralink device, called the “Link,” and the third had previously had one installed but then subsequently had it removed.

Musk at first had trouble coaxing Gertrude to come out and perform for the small, socially distanced crowd in attendance. Eventually, however, he skipped Getrude to show that the pig who had her Link removed was very healthy and normal-looking.

Back to Gertrude, Musk showed a display that played a sound and showed a visual spike whenever the Link detected that Gertrude made contact to something with her snout while rooting around for food. 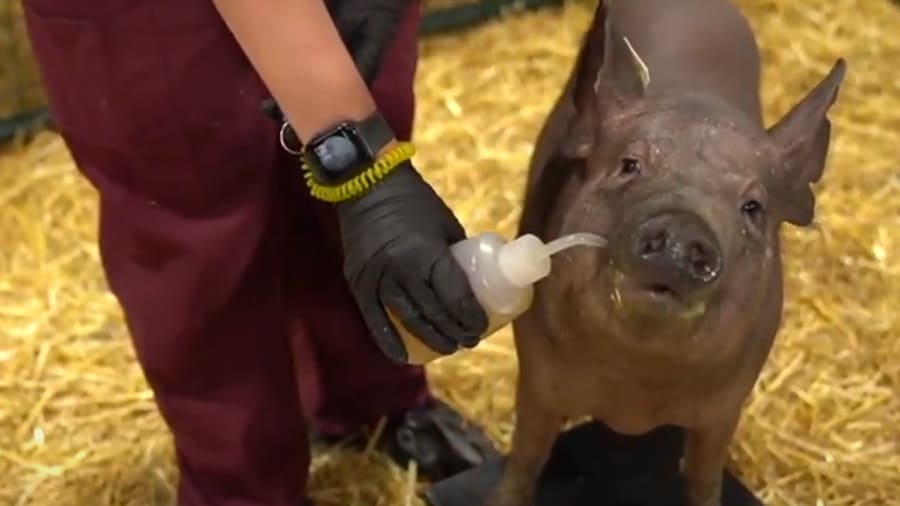 “For the initial device, it’s read/write in every channel with about 1024 channels, all-day battery life that recharges overnight and has quite a long range, so you can have the range being to your phone,” Musk said.

“I should say that’s kind of an important thing, because this would connect to your phone, and so the application would be on your phone, and the Link communicating, by essentially Bluetooth low energy to the device in your head.”

Musk closed the prepared portion of the presentation by noting that the company had received a Breakthrough Device designation from the U.S. Food and Drug Administration in July, and that the company is “preparing for first human implantation soon, pending required approvals and further safety testing.”

While the device demonstrated was only a read-device, receiving data from the signals in the pig’s brain, the plan is to provide both read and write capabilities with the goal of being able to address neurological issues as mentioned above.

He actually referred to the Neuralink devices as a “Fitbit in your skull with tiny wires” at multiple points during the presentation, which actually seems like a pretty dystopian proposition, depending on your perspective. 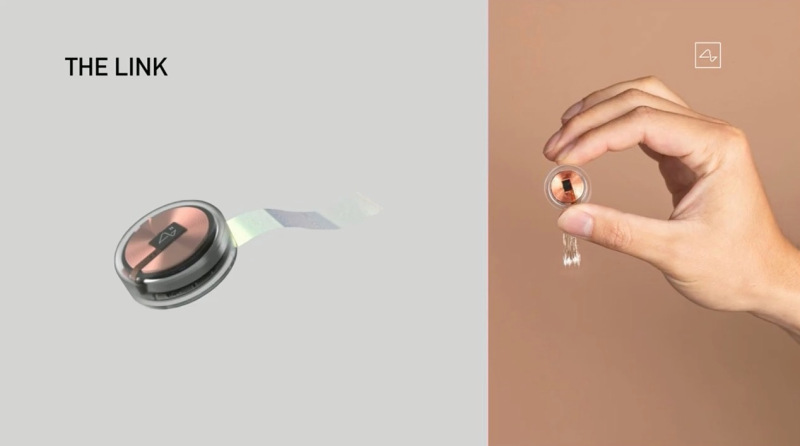 Musk also stressed that why he showed the pig which had had its implant removed safely was because the plan is to provide updates to the hardware over time as better versions become available.

Capabilities he teased eventually include the ability to summon your Tesla with a thought, and video game control interfaces — including complete control of Starcraft.

Discussing sci-fi uses of Neuralink, Musk said “the future is going to be weird.” He added, “In the future you will be able to save and replay memories,”

Musk said. “You could basically store your memories as a backup and restore the memories. You could potentially download them into a new body or into a robot body.”

Ultimately, Musk said during a later Q&A that Neuralink hopes to get the cost down to somewhere in the thousand-dollar range, with a minimal cost for the hardware itself along the line of modern wearable devices.

Musk said the device would be “quite expensive” when it first launches, but that he wants to get the price down to a few thousand dollars. “I think it should be possible to get it similar to Lasik,” he said.

The billionaire said the first clinical trial will focus on individuals with paraplegia or tetraplegia, resulting from cervical spinal cord injury.

The plan for a first trial is to enroll a “small number” of these individuals in order to test the efficacy and safety of the technology, he said. 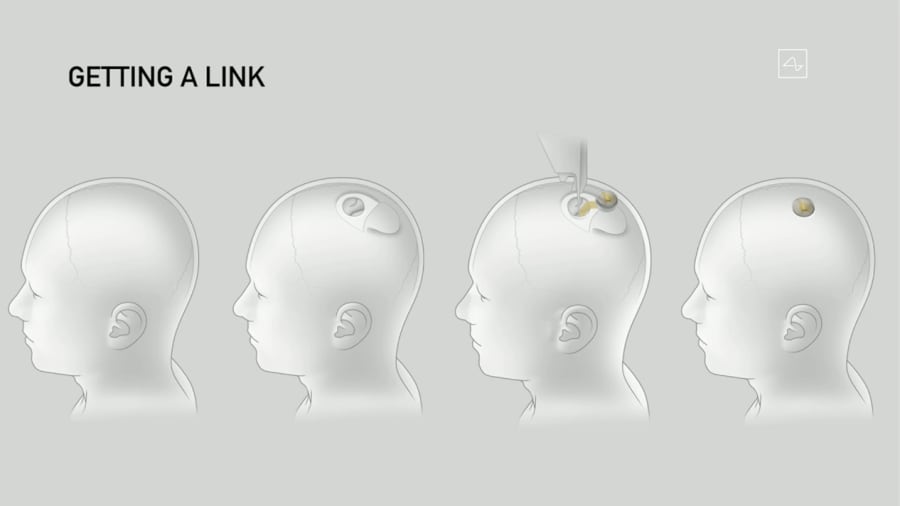 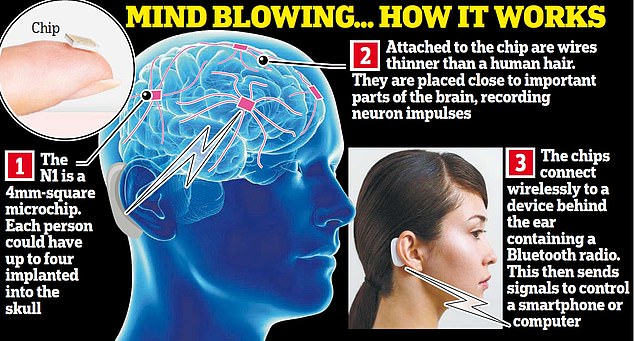 KanyiDaily had also reported how a Nigerian artist, John Amanam produced and launched his hypa-realistic prosthesis for people who have lost their body parts.

READ:  What does ''the principle of least privilege'' mean as applied to security?