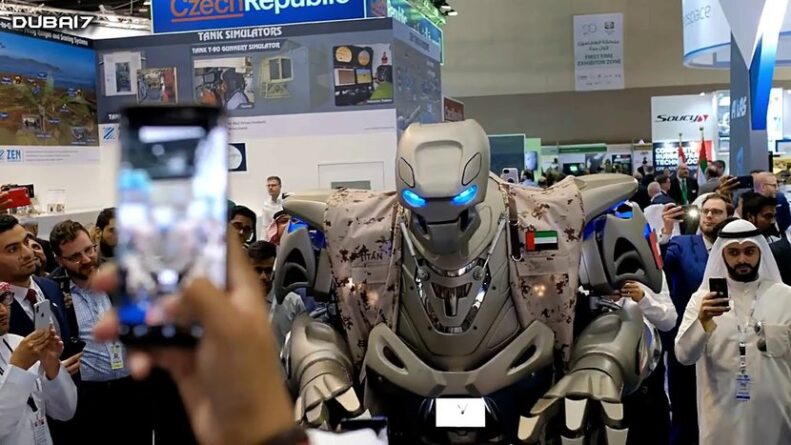 The video has been watched thousands of times online. Unfortunately, as much as we’d love this robot bodyguard concept to be true, – robot bodyguards are certainly not in the works anywhere in the world right now.

The King of Bahrain was not featured in the video which was actually taken during a security exhibition last year.

The United Arab Emirate (UAE) national flag can be seen on the robot’s arm and shoulder.

The robot in questions is called ‘Titan’ and is a regular figure at many of Dubai’s trade expos. Titan is the world’s first commercial entertainment robot artist, which was developed by British company Cyberstein.

Watch  a video of Titan below:

READ: Does Anyone Owe You And Vanished? This New Smartphone App Detects Debtors From Distance