The All Progressives Congress (APC) has suspended the lawmaker representing Kazaure, Roni, Gwiwa, and Yankwashi Federal constituency of Jigawa State in the House of Representatives, Muhammad Gudaji Kazaure.

Kazaure was suspended by the ruling party for allegedly insulting the Jigawa State Governor, Muhammad Badaru Abubakar in a social media post on Facebook.

The suspension letter dated 27th May, 2021 was signed by the chairman of the party in Kazaure Local Government, Hassan Lawan, and addressed to the State APC Chairman.

In the letter, the lawmaker was accused of making an injurious post on his Facebook and Twitter handle against the state Governor which is contrary to article 21(ii) and (v) of the APC constitution.

It was learnt that Kazaure had accused Governor Badaru of nominating chairmen and councillors candidates for the coming local government elections without primaries or any consensus as guided by the party constitution.

The APC Chairman also explained that the lawmaker had earlier been suspended for the same offence by party executives of his ward, Yamma.

Hassan noted that a seven-man Disciplinary Committee has been set up to investigate the allegations and report back within ten days but the lawamker will remain suspended pending the outcome of the investigations.

The letter which conveyed Kazaure’s suspension noted that the legislator will be suspended from the party for an initial period of six months to allow investigation into the matter. 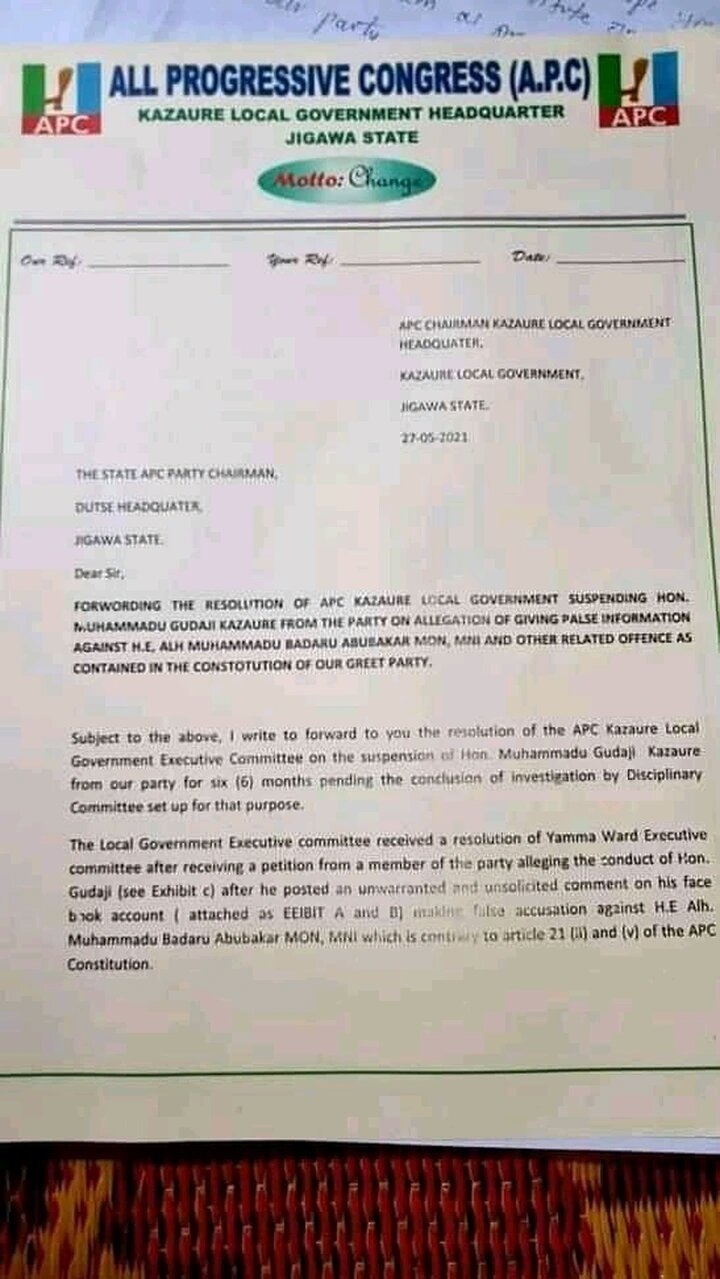 KanyiDaiky recalls that Ebonyi State Governor, David Umahi had also threatened to sack any of his aides who insult President Muhammadu Buhari. 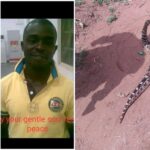 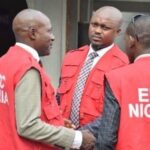