Vice President Yemi Osinbajo who was a guest of Abuja based Brekete Radio on Monday, October 29, 2018, said President Muhammadu Buhari and himself can be accused of everything else, but not deception or trying to deceive Nigerians.

During the radio programme, the vice president said:

“The focus of our government is on how things can be better for the common man. We are not in the business of trying to deceive Nigerians. You can accuse myself and the President of anything, but you will never find us deceiving Nigerians.”

On the National Social Investment Programme (N-SIP), Osinbajo noted that the Buhari administration has been able to do so much more with fewer resources.

“The President has ensured that nobody steals money from the treasury. The major problem Nigeria had before now was the fact that people stole from the nation’s coffers. Once the country is able to stop corruption, it would be better.

“The first thing we did was tackle unemployment by employing young men and women through the N-Power job scheme, which has so far employed 500,000 young graduates.”

Buhari won the 2015 presidential election on the back of a reputation that bordered on honesty, frugality, integrity and transparency.

Buhari will square up to Atiku Abubakar of the PDP, Oby Ezekwesili of the ACPN, Kingsley Moghalu of YPP, Fela Durotoye of ANN, Omoyele Sowore of AAC and 70 other presidential candidates, in the battle to keep his job beyond 2019. 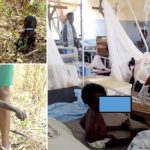 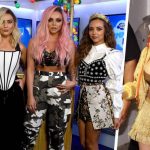