People who visited the on going Lagos International Trade Fair yesterday were impressed by the invention of a 37-year-old Nigerian identified as Mr Jude Ehiabhi.

Ehiabhi invented a locally-made electric water heater, which was made with five-liter and 10-liter plastic buckets. The heater bucket had a wire connected underneath that could be plugged to an electric circuit.

‘‘I first tried to repair abandoned water heaters at home, then I studied how the wires were connected.

‘‘One day I decided to connect the wire underneath a bucket and sealed the holes and that’s all.

“At first I thought people wouldn’t appreciate it, then I started selling it to individuals; if not that I lacked funds I would have further my studies to learn more about it.

‘‘I want both the government and other stakeholders responsible for entrepreneural development to assist me, so I can give it a nice packaging to meet international standard.”

Mrs. Bola Adeshina, who visited the product stand, said the innovation was good and very convincing.

‘‘The most interesting part is that the bucket is not melting, neither is it leaking; such talent should not be left alone to bear his burden; he needs to be assisted financially by relevant authorities,’’ she said.

A businessman, who identified himself as Thomas Ola, said the innovation was quite impressive. He said:

‘‘In fact, I am still amazed with what I am seeing, a big bucket like this can heat water without leaking; this is shocking.

‘‘It is true that Nigerians have talents.’’ 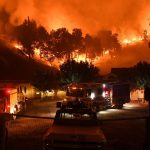 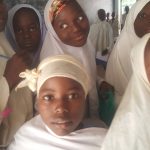