While speaking at the Annual Power and Utilities Roundtable organised by PricewaterhouseCoopers (PwC) in Lagos on Thursday, Lamu revealed that out of the two 922 megawatts generated on his company’s network, only 600 to 650MW are taken by distribution companies in Nigeria.

The MD of the company that operates Kainji and Jebba Hydropower plants said the company is left with no choice than to find reliable buyers for the rejected power generated.

He noted that his company is not the first to take such an action as Nigerian power firms have been known to sell electricity to Togo, Benin Republic, and other African countries.

Nigeria’s power problem has posed a challenge to the nation for many years and identified as one of the biggest obstacles to its growth and development.

Despite the ever-present sense of failure of the power sector, the Minister of Power, Works and Housing, Babatunde Fashola, has, on several occasions, insisted that the situation has improved with the current government. 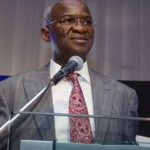 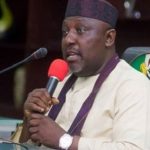