The former president, Goodluck Jonathan, has revealed that terrorist group, Boko Haram, wanted him to dump his Christian faith and accept Islam while he was president.

The 61-year-old made this disclosure in his new book, titled “My Transition Hours”, which he launched on Tuesday, November 20, 2018.

He said the group used Islam to achieve their own personal and group goals which he described as “not only heinous and dastardly but also political”.

“At this juncture, it may be prudent to state that one of their demands was that I abandon my Christian faith and accept Islam. In other words, they wanted a Muslim President for Nigeria amongst others.”

While he never specified when this demand was made, he wrote about it in the fourth chapter of the book titled “The Chibok School Girls Affair” where he wrote about the events surrounding the kidnapping of 278 girls from Government Secondary School in the town of Chibok, Borno State, in 2014.

While further describing the activities of Boko Haram during his tenure, Jonathan said the group is well-funded by wealthy individuals who “wholly or in part support their Jihadi intentions”. 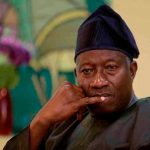 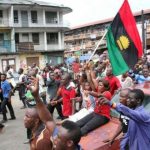