Former President Goodluck Jonathan has said that he will not accept responsibility for the kidnap of the Chibok girls that were abducted by Boko Haram from the Government Secondary School in Chibok Borno state during his tenure.

In a video recently published by BBC on Twitter, Jonathan said he would not take responsibility for the 200 Chibok girls abducted in April 2014, because he does not control Boko Haram.

"I cannot take responsibility for the abduction. I don't control Boko Haram."

According to Jonathan, the only blame he can take is that the Nigerian Army during his tenure were not strong enough to rescue the Chibok girls.

But as a president, of course you know it is not the president that goes to the field. You have security and intelligence officers that do the work.

“Let me admit that yes, maybe they did their best but their best was not good enough for us to recover the girls. That I cannot say I am right or I am wrong. That does not mean I am trying to remove myself from any blame.

“I may not be blamed for the action but I could be blamed that my security intelligence system was not strong enough to rescue the girls. If I as a politician could tell the whole world that my political ambition for any office is not worth the blood of a single Nigerian, how would I be happy that girls have been kidnapped? I am not that kind of character.” 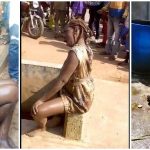 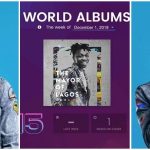