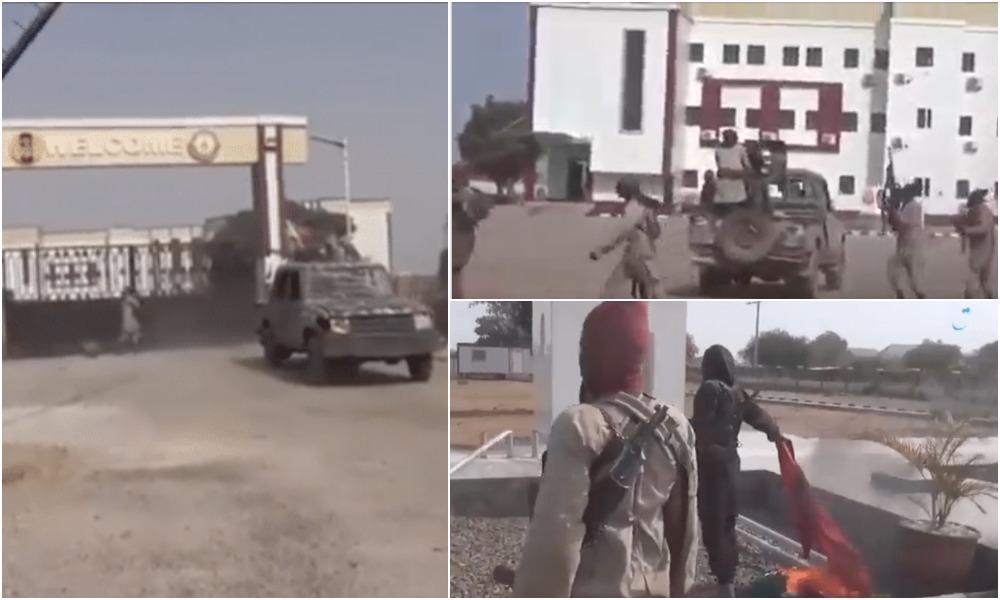 It was gathered that the ISWAP terrorists had attacked the army institute last Monday, January 10, where two civilian staff were killed and four vehicles were burnt down.

The army institute is located in the hometown of immediate past Chief of Army Staff and current Nigerian Ambassador to the Republic of Benin, Lt. Gen. Tukur Buratai (rtd).

In a video released by the ISWAP on Friday, January 14, the terrorists were seen in commando-style shooting heavily and moving freely without resistance from the army inside the premises of the war institution.

The insurgents were also seen pulling down and burning both Nigeria and Army flags at the institution before they moved to some military vehicles on ground.

READ:  Xenophobia: Number Of Nigerians Willing To Leave South Africa 'Rises From 400 To 640'

APC Boko Haram fighters attacking bases of the Nigerian army. Tomorrow, they will say, “we have technically defeated Boko Haram”

READ:  Man Proposes To His Girlfriend With A Brand New Car In Anambra [Photos/Video]

Amotekun Arrests 17 Northerners With Over 30 Dogs, Charms, Cutlasses In Ondo