Ondo State Security Network Agency, known as Amotekun Corps, has arrested 17 persons from the northern part of Nigeria with over 30 dogs, cutlasses, and charms.

It was gathered that the suspects, who could not explain their mission to the state, were arrested after they stormed Okititpupa town, the headquarters of Okitipupa Local Government Area.

The incident which came on the heels of the renewed attacks by killer herdsmen and terrorists in Ondo forced residents to raise alarm over their suspicious movement within the town on Thursday and alerted the personnel who arrested the northerners.

According to Daily Post, the Commander of Amotekun in the state, Akogun Adetunji Adeleye, said that the northerners claimed that an unnamed person invited them to the state.

He said, “They were people who claimed to have come from the northern part of the country with dogs, charms and cutlasses and the people of Okitipupa area who were not comfortable with them raised the alarm.

“But on interrogation, they claimed they were invited to Okutupupa by somebody and that they are actually working for the person. All attempts to reach the person they claimed to work for have not yielded any result till date.

“However, we want to warn residents to be vigilant when they see what I will call mysterious things. We have over 30 dogs among able bodied men who don’t even know where they are going. They claimed they were dropped in Okitipupa by a vehicle and that the vehicle had left.

“This calls for a very serious concern looking at the very serious security situation in the country. Investigation into who brought them and their real mission is still ongoing. They were attempting to enter the forest behind the military barracks in Okitipupa when they were arrested.”

READ:  Woman Returns To Street Begging After Kogi Governor's Aide Rented A House For Her [Video]

Attempts to get an update on the case from Adeleye proved abortive as several calls to his line on Friday rang out. He had also yet to reply to a text message sent to him as of the time of filing this report.

READ:  Lagos Okada Rider Swept Away By Flood After He Refused To Let Go Of His Bike [Video] 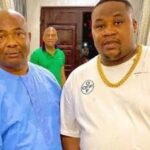 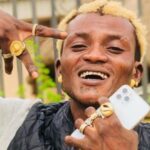