Abubakar Abdulsalam, father of a five-year-old pupil, Hanifa Abubakar, who was allegedly killed by her school teacher in Kano, said he will never forget those who killed his daughter.

While answering questions on Friday, Tanko said he contacted Isyaku, and one Fatima Musa, to kidnap the girl from her home but they failed to carry out the abduction.

READ:  Woman Returns To Street Begging After Kogi Governor's Aide Rented A House For Her [Video]

Speaking with journalists on Friday, Abubakar Abdulsalam, who was weeping uncontrollably, said he will never forget those who brought about the untimely death of his daughter because they were not fair to him.

He said, “I’m really in sorrow for what happened. I can only thank God. This can happen to anyone and it is said that everyone who lives will die someday.

“So I leave everything to God. But till I die, I will never forget this. Those who did this to me have not been fair to me neither have they been fair to the world. God will fight for me.

“I am also thanking the Nigerian security forces, especially those whose efforts found my murdered daughter. May God fight for our rights. I am sincerely grateful to you. I can’t thank you enough, only God can reward you.”

Meanwhile, Kano State Government has ordered the immediate closure of Hanifa Abubakar’s school after policemen discovered the corpse of the five-year-old pupil in its premises.

READ:  Angry Woman Urinates In The Middle Of A Bank After Staff Refused To Unlock Toilet [Photos/Video] 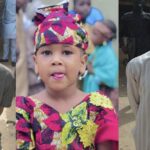 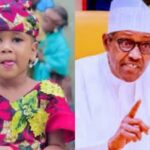