Menu
In the past few weeks journalist and social activist, Kemi Omololu-Olunloyo has been at loggerheads with her nemesis, a Nigerian-born Irish blogger, Esther Tokunbo Aboderin.

The rivalry between these two dates back to many years, with the pair hurling skin-cringing insults back and forth at each other.

The latest of the insults being the Omololu-Olunloyo family accused of incest, pedophilia and murder. Aboderin claims Kemi Olunloyo was raped by her father, former Oyo State Governor, Victor Omololu Olunloyowho and also asserts that the octogenarian is the father to his daughter’s three kids.

The Irish blogger also said in a viral YouTube video she made that Kemi’s mom threw a 3 month old baby into a well because the child was fathered by her husband through her maid.

This was after Kemi had earlier revealed that Aboderin had a grown up son she had abandoned in Nigeria who was roaming the streets of Ibadan mad, and had died sometime last week.

Aboderin’s accusations have prompted the Olunloyo family to release a press statement to clear their name. KOO on her part in a ‘Rambo move’ has influenced the shut down of Aboderin’s YouTube channel, claiming copyright infringement.

Read the Olunloyo family statement below…

Dear Pressmen and women, Recently the internet went viral with a yoruba video of one Tokunbo Aboderin based in Dublin, Ireland raining curses on Kemi Omololu-Olunloyo for questioning and reporting investigative news about Nigerian celebrities. In the video, Ms Aboderin made reference to some horrific, slanderous and defamatory content accusing Kemi of being raped by her father His Excellency former Governor Victor Omololu Olunloyo.

At the beginning of the video, she stated that he fathered her first son and by the end of the video she stated he fathered all her children. Ms Aboderin even mentioned a name presumed to be her first son’s name Eniola. Kemi has no child by that name. Ms Aboderin also went on to say that Governor Olunloyo impregnated a housemaid as well and the baby was drowned in a well by former First Lady Funlayo Olunloyo, something fixated in her imagination and did not happen in this lifetime. Ms Aboderin told her video audience that Kemi’s children were taken away from her in America for sexually abusing them and she has never seen them since.

It is a shame that epic vicious lies that this woman spewed in her video gave her the publicity she desperately needed. She opened a Whatsapp account today asking everyone to add her. A woman with a history of multiple personality disorder and rejected by so many even in her Dublin Ireland base. Ms Aboderin is NOT a relative of the Olunloyos as she stated in her video. She simply had an inappropriate relationship with Dr Victor Olunloyo in the early 80’s, something Aboderin tweeted and boasted about being his girlfriend, even introducing him to ritualists in other tweets. The girlfriend tweet is attached. She now feels rejected and posts his phone number online as well as posted in 2015 that he was dead setting the internet on fire that day. The elite Aboderin family who founded the Punch newspapers are close family friends to the Olunloyos via their family church St David’s in Kudeti Ibadan. Aboderin boasts that the Aboderins and the Olunloyos are relate while they are not. Meanwhile the sons and daughters of late Olu Aboderin of the Punch do not know Tokunbo Aboderin or who she really is? Kemi has never laid eyes on her or knows her as she claimed Kemi was expelled from secondary school for drug use. Kemi graduated St Teresa’s college Ibadan with honors and left for the United Kingdom at 14 right after. A staff at the New World psychiatric center in Ibadan said they have plead with Ms Aboderin to come home and seek help but she refused. They are bombarded with what she writes online about people.

Ms Aboderin was kicked off Ms Olunloyo’s Facebook page in 2009 after Kemi defended her father’s political record and Ms Aboderin has been stalking her since with 36 Facebook pages. Several people reported those pages which she makes up with real people’s names including Akeem Kaka, Tope Victoria Mark and Naomi Oduntan all Nigerian Irish citizens who are suing her for defamation. Ms Aboderin has set up fake Go fund me accounts to pay for her legal fees and is living in public housing and receives government welfare money. Her two children from two men have tragic lives indirectly attributed to her. Her son died a destitute on the streets of Ibadan as she abandoned him and her son in law committed suicide after her daughter accused her of bullying him to death. Her mother also died in Ireland when she abandoned her in a nursing home according to authorities.

Ms Aboderin has a personality disorder that needs treatment right away. A multiple affective disorder which controls her psyche. She started the rumours online that Kemi has 4 children for 4 men, then changed it to 3 children for 3 men and now her father is the father of all the children accusing the elderly revered statesman of pedophilia and incest as well as his daughter. Kemi lived with her children in Canada so we don’t know how she wouldn’t have seen them again. Her children are adults who have been greatly offended by this vicious woman with no respect for this honorable family and no morals. Ms Aboderin also stated in her video that she wished someone could dismember Kemi and cut off her limbs and body, an occult and sadistic violent comment. Aboderin is known as a spiritual herbalist and blogger who many call a fetish individual with Ifa shrines in her dumpy Dublin apartment. We advise her to seek urgent help for her problems. The Olunloyo family have had their share of problems but this is one that needs to be addressed by an insane woman looking for attention. We pray for her to seek help with her condition and get well. 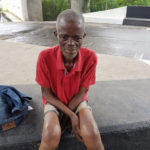 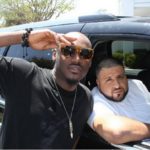