The presidential candidate of the Peoples Democratic Party (PDP), Atiku Abubakar, has claimed that he won in four of the States that the Independent National Electoral Commission (INEC), declared were won by President Muhammadu Buhari, of the All Progressives Congress.

Atiku stated this in his “State to State computation” document, contained in his electoral petition, filed earlier this week, at the 2019 Presidential Election Petition Tribunal.

The States Atiku is laying claim to are: Kogi, Kaduna, Gombe, and Niger.

His petition also claimed that he won 21 States, excluding the results from Rivers State, which he said was not available on INEC’s server, as at February 25, when the computation was made.

He claimed that Buhari only won the election in 15 States.

However, Atiku now claims he won the electoral tussle in Gombe, Niger, Kogi and Kaduna States.

See the official INEC results below:

In his petition, Atiku also stated other reasons why he believes he should either be declared the winner of the election, or the election be cancelled. 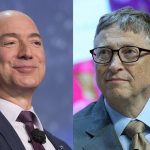 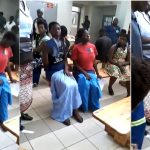