The Presidential Candidate of the Peoples Democratic Party (PDP), Atiku Abubakar, has given a breakdown of the number of votes he believes he polled in each of the 36 States of the Federation, and the Federal Capital Territory (FCT).

Atiku released the figures in his petition against the outcome of the election, which he filed on Monday, challenging the declaration of President Muhammadu Buhari of the All Progressives Congress, (APC), as the winner of the election.

However, in the petition, Atiku Abubakar claims that the “true, actual and correct” results upon State by State computation, pitched him as the winner in 21 States, excluding the results from Rivers State, which he said was not available on INEC’s server, as at February 25, when the computation was made.

He, thus, claims that Buhari only won the election in 15 States.

Below are the number of votes Atiku Abubakar claims himself and Buhari actually got in each State: 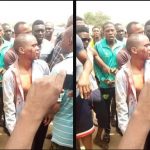 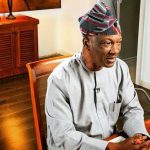