Menu
A kind hearted Nigerian Ugo Eze saw a homeless man naked and shivering
on the streets of Lagos. With the assistance of the Nigerian Police, he
took him to the hospital and got him admitted. 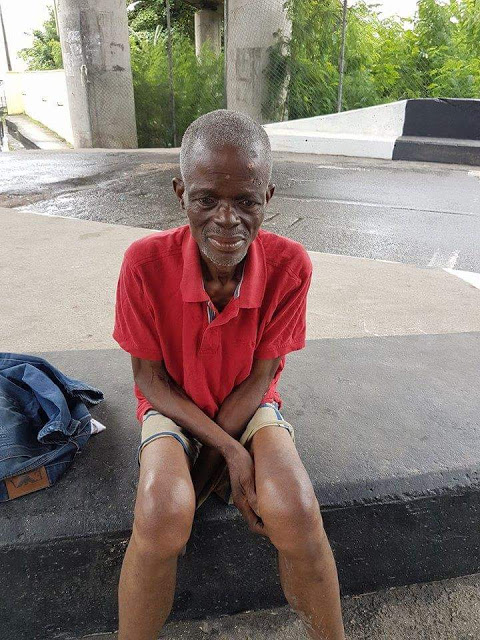 Well General hospital Lagos discharged the man and now they can’t find him again because He has wandered off again.
But what sort of a country is this?
Ugo
left his number and not a soul bothered to call and inform him of the
new development and yet he was the one that took him there.
According to Ugo Eze:

“Yesterday
morning I called the hospital and they told me the man was OK in fact
they fed him breakfast. I then sent my employee to the hospital to check
on him in the afternoon and buy him lunch which he did. Only for me to
come around 6pm to be told the doctor discharged him and he’s left”.

Shame on that hospital, I wish I can sue them….read Ugo Eze’s side of the story below….

On Tuesday morning 21st of June 2016, while driving along Osborne Road Ikoyi Lagos heading to the Third Mainland Bridge, I spotted a frail old man lying by the side of the road, what really caught my attention was the fact that he was in his underwear, shivering and dangerously close to the express road! 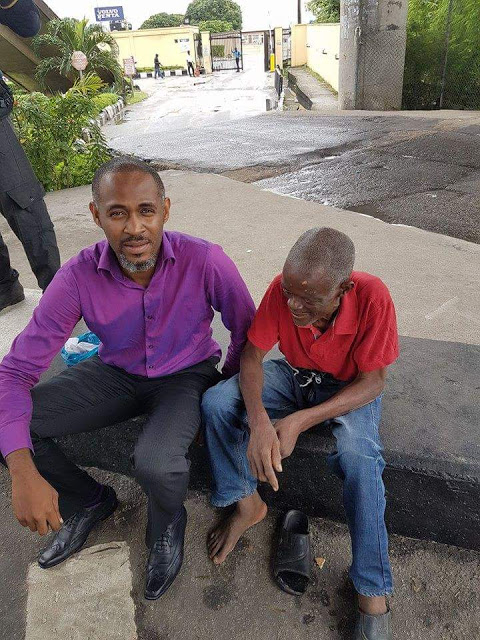 I found a safe place to park my car and contemplated my next line of action. My greatest fear was him being run over by a car, vehicles plying Osborne Road can easily clock a 100Km/Hr. Well as fate would have it, I spotted a police patrol car, flagged it down and explained the situation to the policemen. And I must confess in this case the Nigerian Police was indeed my friend. They promptly swung into action, and got the old man off the road. Wow! He was a pitiful sight to behold, he was very frail, cold and he looked very dejected. I also noticed he couldn’t stand up straight, I guess the suffering had taken its toll on his body.
More deets when you continue….
The police began questioning him, they asked him questions like “Baba what is your name?” “Where are you from?” “How did you get here?” There and then, I decided to dash home and get some clothes for him to wear because he was trembling so much from the cold weather. Got home, grabbed a pair of blue jeans and a red tee-shirt and got my friend Evans to follow me to the scene. 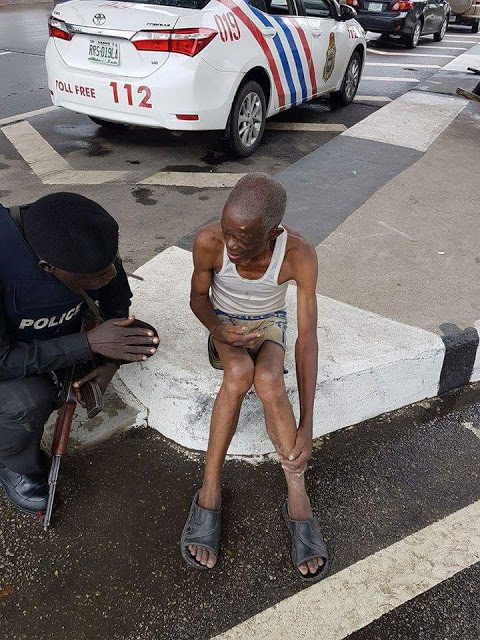 We got back to the scene where he changed into the clothes and I called my friend Portia Emilia Anthony. Now Portia is a one in a million kind of lady, I’ve never met anyone ever so willing to help like her, and mind you it’s not the first time I’ll be calling Portia asking her for help in cases like this, and each time her response is always the same. “Ugo don’t worry I’ll do all I can to help”. She asked for his pictures, name and age.
Luckily for us the Police had been able to get his name. His name is David Usong and he’s from Cross Rivers State. Armed with the information Portia got to work.
The policemen advised I take him to the nearest police station which happened to be in Dolphin Estate and report the case there. So our journey began. We made our way to the police station where I had to narrate everything that happened and was then advised to take him to General Hospital Marina Lagos pending the time any of his relations would contact him. By this time Mr. David had eaten and was looking and feeling much better.
We got to General around 3Pm where I met the doctors and nurses on duty, I told them about my encounter with Mr. David and I must confess they were very helpful especially the duo of Roseline and Dr. Alametu Tutu. They got him a bed took his vitals and told me to get him registered in the hospital. I also had to go the lab, to make arrangements for some tests to be carried out on him. By the time I was done it was 11:30pm and naturally I was fagged out, but I felt a sense of fulfillment because I knew at least David won’t be sleeping on the high way and exposed to the elements. Before leaving General Hospital I got a call from my friend who said “Ahhhh! Ugo I saw you on Linda oh!” I was like “I don’t get” she went on to explain how she read the story of how I found Mr. David and saw pictures on Linda Ikeji’s Blog, apparently the story had gone viral thanks to Portia working her magic. 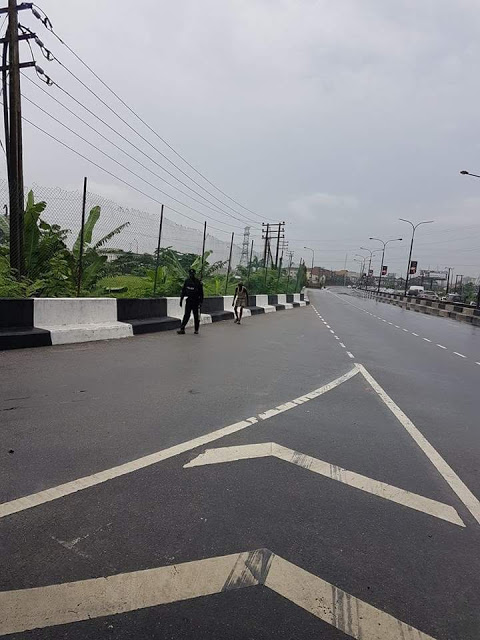 The next morning, I called the hospital and inquired about Mr. David and was told he was doing fine in fact, Dr. Alametu Tutu had privately arranged for his breakfast, God bless her soul. Around 2pm I sent someone to the hospital to check on him and also get him lunch. He reported back to me informing me Mr. David was in good spirits.
After work, later in the day around 6pm, I got to General Hospital only to be informed that Mr. David had been discharged! I asked when and how he was discharged without the hospital contacting me because I had left my name and number for them to keep me posted, but was met with a blank stare. Apparently Mr. David had wandered off.
I had to report the matter to the police who brought it to the notice of the Lagos State Health Service Commission. The Permanent Secretary Dr. Jemilade Longe personally got involved and we both went to General Hospital together. By this time, the family of Mr. David had contacted me because they saw the information Portia put out on Facebook and I advised that they meet me at General Hospital.
TO CUT THE LONG STORY SHORT MR DAVID IS MISSING AND HIS FAMILY IS LOOKING FOR HIM, SO IF YOU SEE HIM PLEASE LET THE POLICE KNOW OR SEND ME OR PORTIA
His state of mind could be described as someone that could be psychologically disturbed. How he may have wandered from Mafoluku to Ikoyi still beat us in the state that he was found. 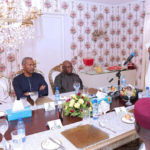 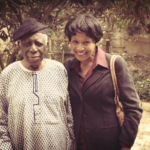