The suspected bandits, 18 in number had taken off from Kastina State before they were intercepted at Ondo town, headquarters of Ondo West Local Government Area of the State.

Adetunji Adeleye, the Commander of Amotekun in Ondo, said the bandits stormed the state in three 18-seater passenger buses.

According to him, two of the buses escaped while his men were able to intercept one of the buses after escaping from different checkpoints before they were arrested in Ondo town.

Adeleye said the intercepted bus was loaded with over 500 weapons including pieces of dagger knives concealed under the seats.

The corps also seized guns and other types of knives and swords concealed inside a sack loaded with tiger nuts inside the bus.

He added that the escaped buses are believed to be loaded with passengers who were suspected to also have dangerous weapons.

KanyiDaily had also reported how Amotekun arrested no fewer than 45 Fulani youths who were allegedly transported to Ondo State at night. 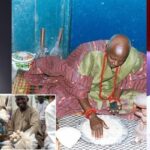 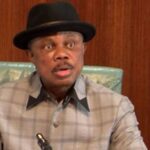