Ondo State Security Network Agency, also known as the Amotekun Corps, has arrested a suspect, Igbekele Abiodun, for allegedly kidnapping four female worshippers during night vigil inside a church located in the Edo Lodge area of Akure, the state capital.

The state Commander of the Amotekun Corps, Akogun Adetunji Adeleye disclosed this while parading the suspect on Thursday at the headquarters of the agency in Alagbaka Akure.

According to him, the suspects stormed the church at about 11 pm on Wednesday while the vigil was ongoing, abducting four female members of the church.

“Our men immediately swung into action and we were able to rescue the victims and arrested one of the suspects (Igbekele Abiodun). Our men are still on the trail of the remaining suspects. We have brought the victims to our office and we have given them medical treatment.”

READ:  "I’m Now Ready To Tell The Truth” – IVD Says He Wants To Speak About The Death Of His Wife, Bimbo

Adeleye stated that the victims were rescued inside a forest in Ado Ekiti, Ekiti State around 1.30 am on Thursday, adding that the arrested suspect dressed as a woman when he was arrested.

One of the rescued victims, Mrs Eunice Taiwo said the bandits collected their money and phones while kidnapping them. She expressed appreciation to the Amotekun Corps for the efforts made to rescue them.

The Amotekun commander, who noted that the corps had arrested 75 suspected criminals with two weeks, said the corps had commenced their prosecution.

KanyiDaily had also published a video showing the moment some gunmen invaded a Seventh-Day Adventist church and kidnapped a pastor and three of his members while live service was ongoing. 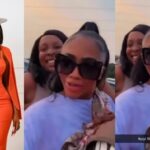 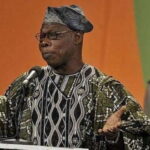