A video circulating online shows the moment some gunmen invaded a Seventh-Day Adventist church and kidnapped a pastor and three of his members while live service was ongoing in Haiti. 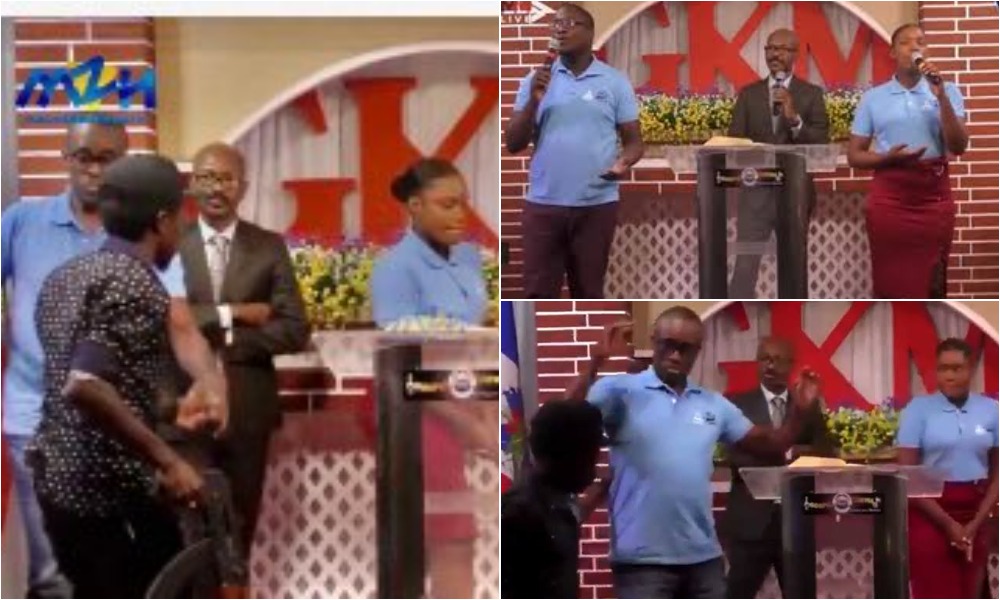 In the video, the Haitian pastor and two of his members were seen singing a hymn when the armed men stormed their church premises unexpectedly and disrupted the service.

As soon as the choristers saw the armed intruders, they dropped their mics and tried to take refuge by the side of the altar, while the fear-stricken pastor too followed.

As piano music continues to play, a man wielding a rifle enters the screen and is seen taking the four of them away, including the pastor and a well-known pianist,

Miami Herald reports that the victims were released shortly after the dramatic incident which took place during the church service that was being streamed live on Facebook.

Speaking with Maimi Herald, the church founder, Gregory M. Figaro, said he was present during the incident, which many Haitians initially thought was an April Fools’ joke or poorly acted skit.

Figaro said he heard a knock on the door, then saw a man standing in the doorway with a gun. “At first I couldn’t believe it,” he said.

Then after the man was hit by the door, Figaro said, he saw the armed men enter. He and others immediately ran for a small hallway inside the studio to take cover.

“It was only after I heard one of the women, the one on the video, crying in the hallway that I realized what had just happened,” Figaro said. “When we came out of the hallway, we saw that the guys had left.”

Figaro said that eight to 10 gunmen arrived in two vehicles and kidnapped the pastor and three others, including a pianist, but there were 10 to 15 church members present during the livestream.

“If this can happen, then anything is possible in the country because there is no respect for any institution, whether it’s a church or school,” Figaro is quoted as saying.

READ:  Man Caught On Camera Hitting His Wife’s Head With Electric Iron In Front Of Their Children [Video]

KanyiDaily had also reported how some gunmen disguised themselves as worshippers during a church programme, and kidnapped a Pastor in Benue State. 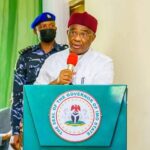