The reaction of a Zambian man when he caught his wife red-handed in bed with a male student at her dormitory, has gotten many people wondering what kind of a man he is.

A video circulating online shows the well-built man standing calmly as he questions his ‘rival’ who appears to be crying and blushing at the same time, ostensibly as a result of fear for the man’s muscular physique.

While many would have expected that the man would have pounced on both his adulterous wife and the lover and give them the beatings of their lives, this uncommon man remained calm.

Even when a crowd gathered at the entrance of the said dormitory and some people started filming the development, the disappointed man closed the door and asked for privacy.

Meanwhile, what is more, shocking about the entire incident was the posturing of the adulterous woman. As if she is lifeless, she is seen lying on the bed unconcerned, appearing to have absolutely nothing to do with the scandal.

Watch the video and some social media reactions below: 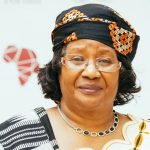 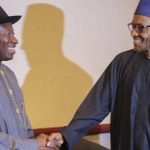