A 19-year-old Black Lives Matter protester, Oluwatoyin ‘Toyin’ Salau has been found dead days after tweeting that a man who offered her a ride to church had molested her in Florida, United States. 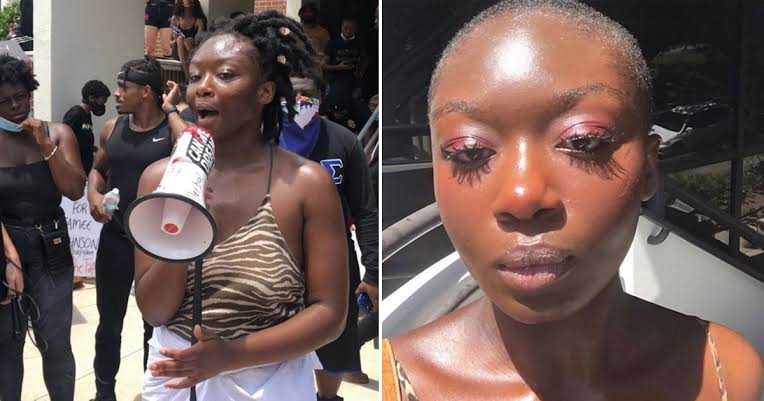 On the day of her disappearance, Salau had tweeted that she had been molested by a man who had offered to take her to a place to sleep.

“Anyways I was molested in Tallahassee, Florida by a black man this morning at 5:30 on Richview and Park Ave. The man offered to give me a ride to find someplace to sleep and recollect my belongings from a church I refuged to a couple of days back to escape unjust living conditions.”

“He came disguised as a man of God and ended up picking me up from nearby Saxon Street.” She also explained, “I trusted the holy spirit to keep me safe.” She then said how the man offered to give her a ride back to a church where she had sought “refuge” because of “unjust living conditions, ” she wrote.

He came disguised as a man of God and ended up picking me up from nearby Saxon Street. I entered his truck only because I carry anything to defend myself not even a phone (which is currently at the church) and I have poor vision. I trusted the holy spirit to keep me safe.

On Monday, various Twitter users were reporting that her body had been found using the trending hashtag #JusticeForToyin.

The City of Tallahassee Police Department on Sunday, June 14, also confirmed that they found two bodies on Saturday night, June 13.

Though the police never released the details of dead bodies, a close friend of Oluwatoyin has said that one of the found bodies was hers.

I’m sorry to inform everyone about this but Toyin is no longer with us https://t.co/HK85TgGFhV

19-year-old Black Lives Matter protester Oluwatoyin Salau who went missing moments after tweeting that a man who offered her a ride to church had molested her; has been found dead. #JusticeForToyin pic.twitter.com/Gdj0YpPAz5

We need to say Oluwatoyin Salau’s name + we need answers about who would do this to her under the guise of religion — justice for Toyin #JusticeforToyin https://t.co/vbOYzlpxuj

Oluwatoyin “Toyin” Salau
Rest in Power Angel 💔 #JusticeForToyin after tweeting about her sexual assault she went missing for several days and her body was recently found. She was only 19. pic.twitter.com/4uAlVsAVHK

activist Oluwatoyin Salau was missing since June 6, after disturbing tweets detailing a sexual assault that had taken place that day. it has been reported that her body has been found. WHAT HAPPENED TO TOYIN? SAY HER NAME #JusticeforToyin pic.twitter.com/76PM2PJEjk

RIP Toyin. Stop killing Black women that are on the frontline for justice Stop killing black women PERIOD. Did way too much to lose her life like this. Rest in Power🖤 pic.twitter.com/SifYVSBEhV

She was so passionate. Rest In Peace Toyin 💔 pic.twitter.com/h6MVRe0Rcn

The same day activist Toyin Salau shared that she was sexually assaulted and chronicled the incident on here, she went missing. Today, her body was found. Her life mattered. https://t.co/rB11aV0nmQ

SHE WAS 19. HER NAME IS OLUWATOYIN “TOYIN” SALAU. SHE WAS SEXUALITY ASSAULTED AND MURDERED. SHE WAS AN ACTIVIST WHO SHOWED UP TO EVERY PROTEST SHE COULD. FIGHT FOR BLACK WOMEN LIKE YOU FOUGHT FOR FLOYD. THIS IS NOT OVER. #JusticeForToyin pic.twitter.com/HrJVoKdaDT

a 19 year old activist toyin salau, tweeted about her sexual assault then went missing for days and the fbi didn’t get involved. her body was found today. she was a powerful voice. my heart is aching, justice for TOYIN SALAU.

In Tallahassee, the capitol of Florida where police lynched Tony McDade, a young activist named Oluwatoyin “Toyin” Salau was murdered after speaking publicly on sexual assault.

Toyin, we fight for you. https://t.co/BtBqHXLjKR

We as a collective need to do more to protect black women and the black community in its entirety. The system is failing us. We’re failing them. make the change pic.twitter.com/qfjPI8Amnm

toyin salau was 19 years old when she tried raising awareness for her experience with sexual assault and the man who did it to her. she was ignored and went missing. her body has been found. she deserves justice, this isn't right. know her name #JusticeForToyin pic.twitter.com/Mzrto10dwX

i can live my life as a man without much fear of being raped. but these women go through life, year after year, living in that fear. wondering when it's gonna be their turn to get raped and murdered. it's so sad tbh. and you niggas still think feminism is a joke? RIP Toyin Salau

Oluwatoyin “Toyin” Salau was murdered after speaking out about her own sexual assault, WHILE being a voice for countless Black men and women. Her death is our burden, and a reminder of how Black women deserve more than what we offer to them. It’s not okay 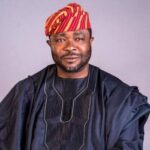