Benue State Governor, Samuel Ortom has ordered the State Universal Basic Education (UBE) to rename a school in the state after Elizabeth Ochanya, a 13-years-old girl who recently died after years of sexual abuse from a father and his son.

The governor made this announcement in Makurdi, the state capital, on Wednesday, November 14, 2018, after he ordered the Executive Secretary Board of the state’s UBE, Philip Attachin, to rename Ochanya’s former primary school after her.

“We shall provide all instructional materials for the school and name it after her.”

13-years-old Ochanya died of vesicovaginal fistula (VVF) and other health complications at the Benue State University Teaching Hospital, Makurdi, on October 18, 2018, after years of sexual abuse perpetrated by her uncle, Andrew Ogbuja, and his son, Victor, a student of the Federal University of Agriculture, Makurdi. Read the report HERE.

Before Ochanya died, she revealed how Victor first raped her when she was eight, a crime that was eventually brought to Andrew’s attention who also started sexually abusing her afterward. She was molested, defiled, drugged and abused for a period of five years before she eventually died.

Ochanya had left her family to start living with the Ogbujas in Ugbokolo town in 2013 because there was no school in her village.

Andrew has been remanded in custody till the charges brought against him are heard in court on November 29. 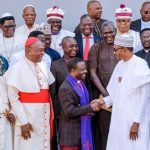 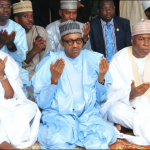