A heartbroken lady, Intan Syari, who lost her fiance just weeks before their wedding, poses for pictures in a wedding dress despite the death of her fiance, Rio Nanda Pratama.

Two weeks ago, we reported about an Indonesian airplane with 189 passengers on board that crashed into the sea after losing contact with the ground just 13 minutes after taking off from Jarkata. ‘No survivor’ was recorded after the crash. read the report HERE.

Intan Syari and Rio Nanda Pratama were due to get married on Saturday, 11 November, but Pratama was one of the victims who died in the Indonesian plane crash that occurred on Monday, October 29, 2018.

On Instagram, she shares pictures of herself in a wedding dress she picked with the late groom and said she wanted to fulfill his last wish.

“Even though I feel grief that I cannot describe, I still have to smile for you. I cannot be sad but should be strong like you always told me to be.”

She said that before he’d left for the flight, Mr Pratama had joked that should he not return in time she should take the pictures and send them to him.

She is pictured with the relatives of Rio Nanda Pratama who is reportedly her first love. The BBC News confirms that he was among 189 people traveling in a flight from Jakarta to Pangkal Pinang. 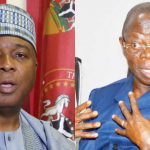 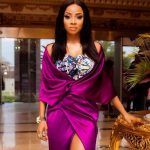