Education has always been a point of concern in many developing nations and Nigeria falls into this category. Primary education is regarded as a fundamental human right today and it has so many social and economic effects on a country.

UNICEF, an arm of The United Nations which advocates for children’s enrolment in school estimates that 60% of Nigerian children not attending school live in the northern part of the country.

According to UNICEF, Nigeria’s population growth has put pressure on the resources and infrastructure. With children under the age of 15 accounting for 45% of the 171 million population, the burden on education has become overwhelming.

And while primary school enrolment has increased in recent years, net attendance is only about 70% — which translates to Nigeria having over 10.5 million out-of-school children. 60% of those children are in northern Nigeria.

A recently released survey by the National Bureau of Statistics (NBS) showed that there are over three million out of school children roaming the streets of Kano state alone. This means Kano has the highest number of school-age kids without the privilege of education, even at the most basic level.

Though the Universal Declaration of Human Rights makes it unequivocally clear that every child has the right to a free basic education and poverty should not be a barrier to education, but in many families in Kano, attending school is an expensive venture and children are forced to stay at home doing chores or engaged in child-labour like hawking or begging.

While certain socio-cultural factors can be cited as part of the reason for the astonishing rise in the number of out of school children, the harsh economic climate and low income are major reasons for the situation. With low income or zero income in several cases, many parents cannot afford to enroll their wards in school, therefore poverty acts as a huge hindrance.

Observation has shown that lack of finance hinders willing school age children from the enrolment list because their parents and guardians cannot afford basic things like uniforms, books, stationeries etc. Many of the children are forced to resort to alms begging, which in turn, swells the already burgeoning population of the Almajiris roaming the streets in the state.

An example is the child in the photo above. Ahmadu Abubakar is supposed to be in school with his mates. Unfortnately we met him begging for alms at Tofa Model Primary school Kano. When we asked him why he was begging and not in school, he broke down in tears and told us his family needs to eat. He further told us that none of his siblings are in school because they don’t have money and he would love to attend school.

UN figures put the numbers of such kids in the country at 10.5 million, making Nigeria account for 45 percent of out-of-school children globally. And going by 2006 Census figures, Kano is the most populous state in Nigeria. One can only imagine what this signifies for the human resources and economic survival of the state.

To also help us to critically examine multidimensional poverty in three senatorial districts of Kano State, let me cite from a paper published by Researchgate.net on its website in 2015, Titled; Geographies of poverty in Kano State: The role of GIS in identifying and mapping multi-dimensionally deprived households, this paper gave us a vivid understanding of the spread of poverty in the state, district by district.

According to the research team, the poverty identification and measurement was based on 10 dimensions (education, materials of housing, livelihood, sanitation, assets and durables, food security, health, cooking fuel, electrification, source of drinking water). The overall result shows that Kano North is the poorest of the three. 98% of households in Kano North fall below poverty line while only 97.1% in the Kano South and 86.9% in Kano Central falls below the threshold. It is observed that Kano Central contributes 27.6% to the overall poverty, whereas, South and North contributes 34.3% and 38.1% respectively.

This lingering problem of poverty in Kano and its effect on education is so daunting that Abdullahi Ganduje, the state governor has admitted that it is an overwhelming challenge posing threats to the future growth of the state. Governor Ganduje said a recent survey carried out in the state described the number of Almajiris in the State as frightening, stressing that the situation has now become a social and economic challenge. The governor stressed that the Almajiri syndrome is one of the serious problems being faced by the North-west geopolitical zone.

The Emir of Kano and former Governor of the Central Bank of Nigeria, Sanusi Lamido Sanusi II, was also reported to have said that except proactive steps are taken to change the current trend, Nigeria may still remain the poverty capital of the world for many years to come.

“If you take Kano alone, today 58 per cent of all children under the age of five in Kano State suffer from chronic malnutrition. Out of that, 17 per cent has acute malnutrition. Globally, nine per cent is a crisis, but we have 17 per cent. Forty eight per cent of the children of all women of reproductive age suffer from anaemia, iron deficiency. We have almost four million children out of school. We have one of the highest infant mortality and maternal mortality rate in the country”.

Though the Kano state government has put different policies into motion to help get children back into the classroom, dwindling internal resources and lack of increase in the budget for education remains a serious drawback in achieving this goal. The free food for school children programme by the federal government may be a good enticement; it is barely scratching the surface of the problem. I suggest the government look more in the direction of international foundations to help in the quest to turn the situation around and help increase funding for education.

UNICEF is one of the worlds leading agencies that partners with the Nigerian government to increase equitable access to quality basic education with emphasis on girls education, strengthening educational systems, pupils enrolment and retention especially in disadvantaged areas, and finally improvement in the quality of teaching and school infrastructure. 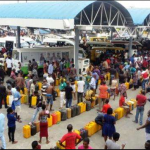 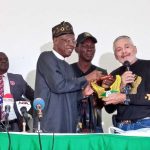